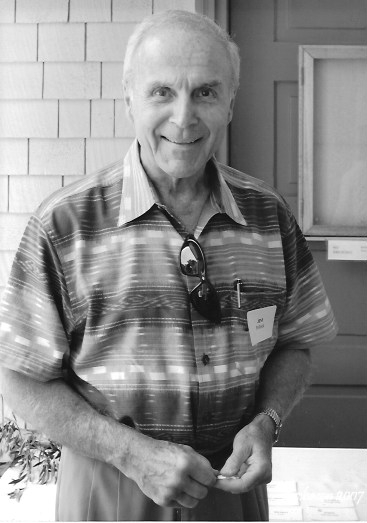 James Moore Pollock was born in Ross, California on March 21, 1936, the firstborn child of Charles Edward and Gertrude Ord Pollock. Sister Gay and brother Ted followed. The family grew up in Marin County and Jim attended the San Rafael Military Academy, Menlo School, and graduated from Hayward High School. He graduated from Stanford University in 1958 where he met and married Deanna Kay Amos. They settled in Portola Valley where they raised their children Jeff and Jennifer. Jim and Deanna eventually divorced but thanks to their relationship with Christ, they remained good friends and celebrated many family events together. Jim met Guila Frazier Leone in Petaluma at the World’s Wrist Wrestling Championships and they married in 1982. Together with their combined family of 5 children - Jeff and Jennifer and Jeff, Dirk and Garth Leone they continue to celebrate family milestones and enjoy an annual family trip with their children, spouses and 10 grandchildren. These trips brought Jim – and all the family – much joy. Jim, who learned to love nature from his father and mother, was instrumental in teaching all their children and grandchildren to appreciate the out of doors and took them fishing and hunting in Montana, Mexico, the Capay Valley, Benicia, the Smith and Lower Sacramento Rivers. He taught them to waterski at their beloved Bucks Lake and snow ski at Sugar Bowl.

In 1960 Jim was hired by The Penn Mutual Life Insurance Company in San Francisco and eventually formed Pollock Financial Group. He had the joy of working alongside sons Jeff and Dirk who eventually formed their own financial services companies. For over 60 years he developed the diversified investment approach which became the trademark of his company. His integrity and loyalty to his clients and staff was the primary focus his entire career. Since that time through Pollock Realty Corporation and other entities, Jim purchased or developed approximately 80 projects on behalf of his clients. Projects included office buildings, industrial properties, shopping centers and apartments. With his individual clients, Jim and his staff prepared and implemented detailed asset allocation plans including investments, real estate and selected insurance products.

Jim’s civic affiliations included board memberships on the Stanford Athletic Board, United Way, Sigma Chi, Sports Challenge, The Let Them Hear Foundation and Peninsula Covenant Church. He assisted in finalizing the purchase of the Blue Oaks development in Portola Valley, where he and Guila have lived for over 20 years. Jim lost his father at age 28. He had the great fortune to be mentored by several elders throughout his life; a legacy he generously passed on to his younger brother, sons and countless young men.

Jim became a believer in Christ’s saving grace in 1986, never looked back and is smiling down on all of us with gratitude from the loving arms of Jesus. He and Guila joined Peninsula Covenant Church where they attended for over 35 years. They journeyed on 7 mission trips to 3rd world countries, often with grandchildren, where they were able to witness the placing of cochlear implants in hearing- impaired children, experiencing the privilege of being with these precious children and their parents the very first time they heard the spoken word. He and Guila continue to be very supportive of Mercy Ships ministry and had the pleasure of serving on board the ship in Sierra Leone and Liberia. For over 30 years Jim has met on a weekly basis with his Men’s Bible Study group which has been a true blessing to him. As Jim started to decline another group of men formed “Jim’s Team” and met weekly to encourage, love and pray for him.

Jim was an exceptional athlete, having played baseball at Stanford and winning the World’s Middleweight Wrist Wrestling Championship five times, earning him honors in the World’s Wrist Wrestling Hall of Fame. (See the YouTube video of one of the matches – Jim Pollock Wrist Wrestling). He was an outstanding tennis player, water skier and snow skier. In his early years he had a rigid workout schedule and could bench press 350 pounds! He continued to work out until he could no longer do so and always impressed people with his extremely firm handshake to the very end.

Jim was a world renowned 4 string banjo player having performed for 6 US presidents and at the Supreme Court. He spent many hours performing with his friends from the Bohemian Club, but his favorite times were playing with his songwriter son Jeff at the piano and his daughter Jennifer singing. His music brought much joy to the Pollock family gatherings and to guests at the many parties he and Guila hosted at their home. Jim was nominated for Bay Area Producer of the Year for the San Francisco musical “The Bessie Smith Show.” He was a seasoned poet, often writing poems for those he loved. His story telling and sense of humor bought smiles and joy to his family and others. His work ethic was an example to many, but he always combined that with time for fun!

Jim’s perseverance through the thirteen-year struggle of Parkinson’s has encouraged many. He never complained and accepted each day as it came, knowing the Lord would provide. He also had the assurance of his future home in heaven! Both he and Guila were blessed to have such competent and loving doctors and caregivers.

He adored his wife Guila, their children, Jeff, Jennifer, Jeff, Dirk and Garth, daughter- in-laws Kelly and Nisa and grandchildren Tyler, Elisha (Gabe), Jordan, Brooke, Bryce, Tanner, Brennan, Aiden, Landen and Paige who all lovingly called him Grandpa Banjo. He was also very grateful for the love and care of his brother Ted and his wife Eloise.

Memorial service
A memorial service will be held in September. Remembrances can be sent to his sister-in-law Eloise Pollock at [email protected]
Make a donation
Donations in his honor may be made to Peninsula Covenant Church, Redwood City (wearepcc.com) or MercyShips.org.
About this site     Contact us