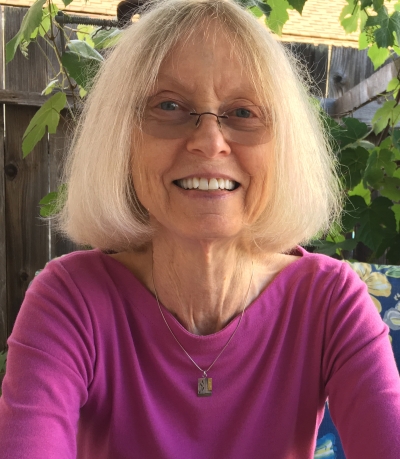 Jane B. Benson, 75, a native of Culver, Indiana, and longtime Peninsula resident, died at home on December 23, 2019, of cancer. Tall in stature and warm in spirit, she was an introvert who valued connection, a gifted communicator, feminist organizer and educator, deep thinker, and empathetic listener who maintained and nurtured many longtime friendships.

Landing in the San Francisco Bay Area in 1973, she became a founding member of New Seed Press, a nonprofit devoted to publishing non-sexist, non-racist children’s books. The collective shared space with UP Press, a community-oriented, women-operated job shop in East Palo Alto. The deep friendships forged there continued throughout her life. She found paid work at Stanford University, where she commenced a 25-year career, serving as professional co-director of Stanford Workshops on Political and Social Issues (1975–1981); consultant to Minority and Women’s Programs in the School of Engineering (1981–1983); and coordinator of graduate student services for Residential Education (1983–1988). In that role, she provided essential support for an international community of grad student families at Escondido Village. From 1991 to 1998 (with Stewart Burns), she was a Stanford Resident Fellow at Lagunita Court, training and mentoring student staff and developing in-residence programs.

She earned an MSW from SF State University in 1990 and obtained her LCSW while working for Catholic Charities Family Services (1990–1994). She would use her counseling skills as a Stanford research social worker (1992–2000), a Kaiser Permanente medical social worker and patient advocate (2001–2006), and an independent practitioner and life coach focusing on new ways to live and work after fifty.

Capping her Stanford career were eight years spent recruiting and screening subjects for a long-term study on the effects of social support on breast cancer survival, conducted by the Department of Psychiatry and Behavioral Sciences (1992–2000). The experience affected her profoundly and inspired her to commit to living well and fully in the present. Nearly three decades later, when dealt her own cancer diagnosis, she faced her death without regrets.

Jane lived simply and worked part-time, observing a need for balance in different parts of her life. She pursued her interests—music, poetry, reading, walking, quilt history, French Impressionism, and Stanford Women’s Basketball—with serious devotion. In her thirties, she completed a Gallaudet College summer intensive in American Sign Language, DJ’d a radio program at Stanford’s student-operated KZSU, co-curated (with Nancy Olson) an exhibition and catalog, The Power of Cloth: Political Quilts, 1845–1986 at Euphrat Gallery, De Anza College, and served as a board member and crisis line volunteer for the Mid-Peninsula Support Network for survivors of domestic violence. She was a co-founder of the Mid-Peninsula Women’s Self Defense Collective (1976–1990), devoted to practicing and teaching assertiveness and physical self-defense classes for women. Throughout her life, Jane was an avid and critical reader; she was the cornerstone of a book group ongoing for nearly four decades. In retirement, she embraced the jazz appreciation class at Palo Alto Adult School, the World Harmony Chorus, and a dance exercise class at the East Palo Alto YMCA. She founded and led a poetry appreciation group at Deborah’s Palm community center in Palo Alto and participated in Four Seasons Haiku Kai at Mercy Center Burlingame, where, she said, she found her haiku home.

Jane recently observed that “Poetry helps me deal with life’s losses and celebrate the joys.” Her life was a living poem, balanced and shaped by thoughtful and joyful intention.

She is survived by her spouse Eric Doyle, of Menlo Park, California, her brother and sister-in-law Bob and Cynthia Benson, of Evergreen, Colorado, nephew Erik Benson (wife Lindsay and sons Callan and Wells), of Walla Walla, Washington, niece Kiersa Benson-Wright (husband Shea and son Finley), of Astoria, Oregon, and many close friends.

Plans are underway for a memorial gathering on April 11, 2020. Information will be posted online at 22haiku.net

Photo Gallery
0 photos Upload a photo
Remembrances
0 entries Submit a remembrance
Memorial service
Information about a memorial gathering will be posted online at 22haiku.net
About this site     Contact us