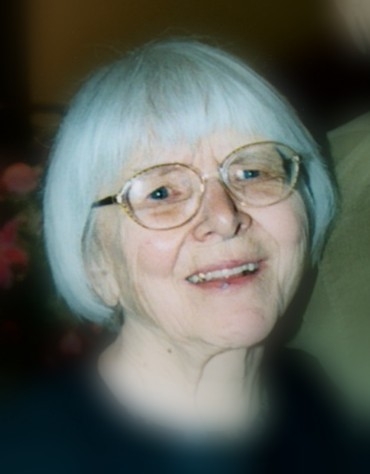 Jean Bennett Seccombe, 91, died on February 3, 2013, in Redwood City. Cause of death was kidney failure due to natural causes.

Jean was born to Melville Cleave and Helen Munro Bennett on July 10, 1921, in New Haven, Connecticut, and grew up in Cheshire, Connecticut.

She met Roger Seccombe at Antioch College in Yellow Springs, Ohio, and they were married in the campus chapel on May 30, 1942. Jean graduated with her bachelor's degree in child development in 1946.

The Seccombes' first child, Ann, was born in Connecticut while Roger was overseas serving in World War II. After the war, the family lived in Brooklyn while Roger attended Columbia University, followed by his first teaching job in Vermont, where their second child, Thomas, was born.

From there the Seccombes moved to Oak Ridge, Tennessee, where two more children, Alison and Matthew, arrived to complete the family. Jean believed in encouraging individuality in each of her children and might have later regretted her success.

In 1951 the family moved to Seattle and eventually to Astoria, Oregon, while Roger served in the Coast Guard during the Korean Conflict. They finally settled in the Bay Area in 1954.

In 1956 Jean returned to college, earning a teacher's certificate at San Jose State, and began a long career teaching preschool students with nurturing enthusiasm, as former students that she occasionally encountered while shopping at Trader Joe's would later attest. Jean retired from teaching in 1979.

Jean and Roger were charter members of their beloved congregation, St. Bede's Episcopal Church, and after retirement Jean devoted her life to community service through the church by delivering groceries to homebound people, teaching Sunday school, fostering ecumenical events, and hosting church guests.

Jean and Roger also shared a love of travel, taking many trips to Europe, the Caribbean, and around the United States. One of their favorite trips was a cruise up the Norwegian coast on a ship that delivered the mail into one fjord port after another. Roger claimed they were frequently invited to eat at the captain's table because the captain was sweet on Jean. She always kept a trip journal that would read like a restaurant guide as she detailed every meal and her opinion of it.

Her Scottish heritage was a particular interest of Jean's and she was proud to be a "Munro," an ancient Highland clan. She possessed traits that people often associate with Highland stock: She was industrious, thrifty, stoic, had a dislike of pretense, and dogged determination or, some would say, stubbornness.

Besides her affection for Scotland, Jean had a liking for owls, cats, Gershwin music, ballet, the writings of Rachel Carson, reading to children, and burnt toast (or so she claimed).

Curious throughout her life, Jean pursued various interests such as tap dancing, studying Ohlone Indian culture, scrapbooking, and practicing yoga. She was also an avid reader.

Jean was preceded in death by her husband, Roger, in 2004. She is survived by her children, Ann Seccombe and husband, Roger Williams, of Redwood City; Tom Seccombe of San Jose; Alison Gilliland and husband, Kirby Gilliland, of Norman, Oklahoma; and Matt Seccombe of Somerville, Massachusetts; and by her grandchildren, Lacuna Williams Love and husband, Troy Love, of Denver; Lytton Gilliland and wife, Xandra Gilliland, of Seattle; and Ellen Gilliland of Blacksburg, Virginia. A brother, Alan Cleave Bennett and wife, Jean Butler Bennett, four nephews, one niece, and their spouses, all of Connecticut, also survive her, as well as numerous Munro cousins.

A Memorial Service will be held on March 9 at 2 p.m. at St. Bede's Episcopal Church, 2650 Sand Hill Road (at Monte Rosa Drive) in Menlo Park.

In lieu of flowers, the family suggests memorial gifts be made to the Seccombe Fund for Outreach at St. Bede's or the charity of your choice.

Photo Gallery
0 photos Upload a photo
Remembrances
0 entries Submit a remembrance
Memorial service
A Memorial Service will be held on March 9 at 2 p.m. at St. Bede's Episcopal Church, 2650 Sand Hill Road (at Monte Rosa Drive) in Menlo Park.
Make a donation
In lieu of flowers, the family suggests memorial gifts be made to the Seccombe Fund for Outreach at St. Bede's or the charity of your choice.
About this site     Contact us