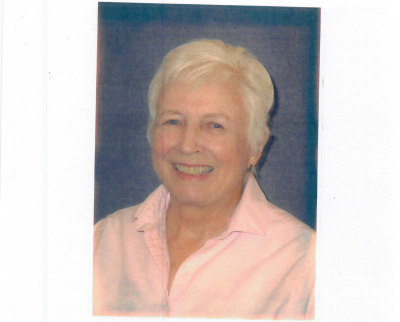 Jean Ramos passed away on April 18 at the age of 91 years and two days at the Sequoias in Portola Valley. Jean was born on April 16, 1931 in Santa Monica, CA as the youngest of 4 children of Anne and Gerald Moore. She joined Brothers Jerry and Cliff and Sister Betty. She met Richard Ramos at College of the Pacific and they were married in August 1951. They raised three children, Julie, Marty and David in Belmont and then Portola Valley. Jean was a wonderful homemaker, seamstress, superb hostess and cook, known for her “Grammy Rolls”. She grew an abundance of vegetables every year, despite the gopher’s attempts to stop her. She was a very active Bridge Player and enjoyed hiking with the “Walkie Talkies” and later with the “Hokie Pokies”. She was an avid reader, reading 3 – 4 Detective Novels a week. We will miss her “wicked” sense of humor and sharp wit. If she did not know the answer to something she would say “The Shadow Knows”. She is survived by daughter Julie Kennel, son-in-law Rick Kennel, 4 grandchildren, Angela, Jason, Jodi and Clayton and 6 great grandchildren, Sophia, Lily, Natalie, Brooklin, Adeline and Elena. She was preceded in death by her husband, Richard Ramos and sons Marty and Davey.

Photo Gallery
0 photos Upload a photo
Remembrances
0 entries Submit a remembrance
Memorial service
A celebration of life will be held in late September in Santa Cruz.
Make a donation
In lieu of flowers the family requests donations be made to either Childhood Leukemia or Parkinson’s Research.
About this site     Contact us