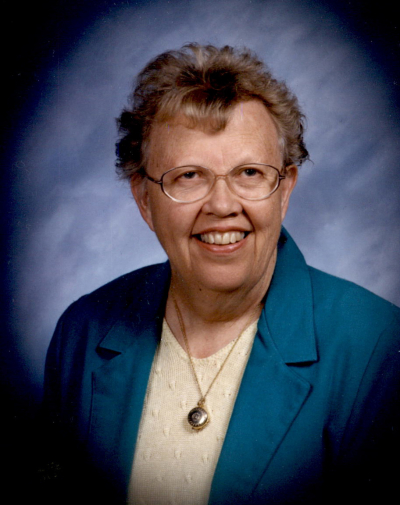 Joan Richardson van Gelder passed away on Dec. 25, 2022 at the age of 85 at home in Palo Alto after lung complications following hospitalization for the flu. She was with family in her final days and at the time of her passing.

Joan was born and raised in Boulder, Colo. where she attended Boulder High School and then went on to receive a degree in Medical Technology from the University of Colorado, Boulder in 1959. The daughter of educators, Robert IV and Viola Richardson, she was academically inclined and had a passion for learning. After her college graduation from CU Boulder in 1959, she moved to California to pursue a career in medical technology.

While living in San Francisco, Joan met her husband, Richard van Gelder, through their church youth group. The two were married in Boulder, Colo. in 1961. They started their family a few years later with their daughter Julie and their son John.

Joan spent the majority of her life living in Palo Alto, Calif. with her family. Drawn to the city’s prioritization of education and good school district, she and her family settled into their home there in 1968. Throughout her life, she was a very active member of the Palo Alto community. While her children were in school, she served on the PTA, taught and played math games with elementary school children, and was an involved volunteer at Palo Alto schools’ libraries. She also worked as a library assistant at Palo Alto High School’s library for four years in the late 1970s and early 1980s.

Her community work extended beyond education to include her lifelong passion for nature. After her two children left for college in the early 1980s, she joined the Peninsula Conservation Center (PCC) where she worked as a volunteer coordinator and later store manager. She made many friends while she served as a volunteer coordinator with the organization and spent her days surveying trees in Palo Alto while volunteering for PCC’s non-profit, “Canopy.” She retired from the PCC in 1993, and continued her work with Canopy on a volunteer basis. Through her work and volunteer service, she took pleasure in having the opportunity to expand her knowledge of trees while giving back to the community. Her family fondly remembers exploring nature with her and benefitting from her depth of tree and flower knowledge on family hikes, backpacking, and camping trips across the western United States. Her favorite family travel destinations included Priest Lake, Idaho, the Rocky Mountains, and Yosemite.

Aside from her community work, Joan pursued many hobbies. As an avid photographer, she enjoyed taking photos as she explored nature — many of her favorite photos featured flowers, cacti, or trees. She honed her skills by taking classes at De Anza College and curated a large enough collection of her photography to have her own exhibit at local camera store Keeble & Shuchat in Palo Alto. When she wasn’t taking photos, she spent time birdwatching, singing, and listening to classical music. She was also a member of First Congregational Church of Palo Alto where she was active in various ministries.

Joan’s family remembers her as a strong woman who was a fighter until the end. In 2010, she was diagnosed with Guillain-Barré Syndrome (GBS), a serious auto-immune disorder impacting the nervous system. She lived with challenging side effects of GBS for many years, including a stroke affecting her neurotransmitters in 2017. Throughout her illness, she remained the tough woman she had always proven herself to be and was supported by loving family members every step of the way. The family is especially grateful for all of the caregivers, occupational therapists, and physical therapists who have assisted in her medical care for the past twelve years. She will be remembered for her physical and mental fortitude and will be missed dearly.

She is survived by her husband, Richard, her two children, Julie (and husband Brent Gregory) and John (and wife Linda), and her four grandchildren, Christopher van Gelder, Rachel van Gelder, Scott Gregory, and Allison Gregory. A memorial service for Joan will be held at First Congregational Church in Palo Alto at 2 p.m. on January 28th, 2023.