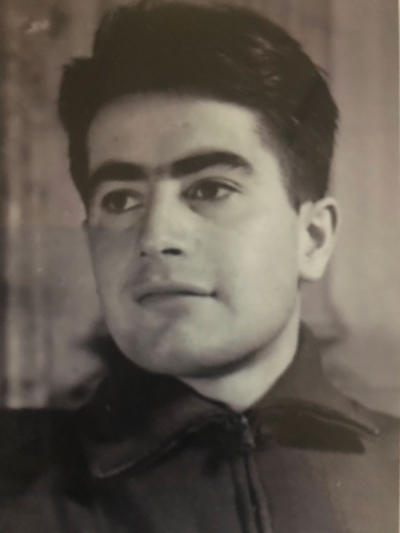 Dr. John Bordy died June 28, 2021. He was born in Marosvásárhely, which is also known by its Romanian name, Târgu Mures. Dr. Bordy was a true Szekely and identified deeply with his Hungarian roots, but he embodied the American dream. He wanted to be a doctor before the age of ten and knew his chances of achieving that dream were slim as an ethnic Hungarian living in Romania. Dr. Bordy left home at the age of 18 to play on the Romanian national water polo team in the 1956 Olympics in Melbourne, Australia. Although he didn’t win the gold, he did win an opportunity to defect with other Hungarian athletes. They toured the United States on a trip called the Freedom Fighters’ Tour, which was sponsored by Sport’s Illustrated. He enrolled at UC Berkeley, barely speaking English, where he played water polo all four years and was known as “short, broad-shouldered Bordy.” During that time, he was also a member of the San Francisco Olympic Club and won the American National Championships in ’57 and ’59. In 2010, he was inducted into the Olympic Club Hall of Fame. He graduated Stanford medical school with highest honors. After his internship, he enlisted in the Navy and spent two years with his family on Mare Island. He returned to Stanford for his residency in orthopedic surgery, then worked for Kaiser Permanente in Redwood City for 30 years, eventually heading the department. For many years, he and one other doctor were the entire orthopedic department, which is why most locals know someone who has had a bone set or hip replaced by Dr. Bordy.

Dr. Bordy was an original, an amazing man, determined and stubborn, committed and loyal, fun-loving and a little crazy. Nobody could tell him he couldn’t do something, like attend college without knowing the language. He was a dubious carpenter and dug his family’s first swimming pool with a shovel. If you were called a gomer by him, he probably liked you. He loved his family and many friends; his Samoyed dog, Simba; the mountain he lived on in La Honda; water polo and soccer; building things; riding his tractor; and the hummingbird he watched out of his dining room window.

A public celebration of his life will be held August 7th. Please contact a family member for more details.

Photo Gallery
0 photos Upload a photo
Remembrances
2 entries Submit a remembrance
From Joseph Peter Myers
Sept. 20, 2021
I first met John Bordy in the summer of 1961, when we both arrived at Stanford Medical School. He was a fascinating young man, who happily recalled for the rest of us his rapid nighttime departure from the Rumanian Olympic Team's living arrangements...
Read more
About this site     Contact us