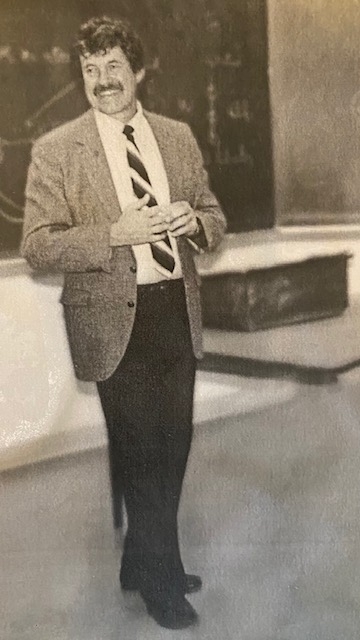 Joseph was born on March 6, 1932 to Judge Joseph G. and Zorah (Horne) Jeppson in Salt Lake City, Utah. He was the 4th generation first born son to be named Joseph; three more would follow.

At the age of 15, an Eagle Scout by then, he was 1 of 2 boys selected from among 10,000 Boy Scouts to make the Utah Centennial Pioneer Trek and 50 years later he made the trek a second time.

After graduating from East High School (Salt Lake City) in 1949, Joe went on the get his undergraduate degree from University of Utah. He returned to attend law school and obtained his J.D. degree in 1956; he passed the Utah Bar the same year.

In the early 1960's Joe and his family relocated to the San Francisco Bay Area where he continued his education and received an M.A. in History from Stanford University. While at Stanford, he and a group of Mormon scholars founded Dialogue, A Journal of Mormon Thought; a forum intended to express varying viewpoints on the Mormon culture and history. It is now the oldest independent journal in Mormon studies. Joe's interest in exploring and writing about the historicity of the Church continued throughout much of his life.

Professor Jeppson joined the faculties of College of San Mateo (1963) and Cañada College in Redwood City (1968) as a History and Law professor. He passed the California Bar in 1966. and was awarded his PhD in Higher Education from U.C. Berkeley in 1973. He remained at Cañada College for 32 years teaching, mentoring, and providing legal assistance to students until his retirement in 2002.

Professor Jeppson also operated Community College Tours, an educational travel company. Over the years he and his good friend Cloyd Chamberlain travelled to all 7 continents: from Siberia to Antartica, Newfoundland to Nepal.

Joe's grandmother, Alice Merrill Horne, must have passed on her appreciation for art to him; during his travels he explored every major art museum in the world. That same grandmother was a Democratic Utah State Representative and the link to his proud affiliation with the Democratic Party.

When he wasn't traveling, Joe kept busy with a variety of pastimes: playing tennis (a shout out to the Red Morton Park regulars), reading, writing, attending the opera and ballet, relaxing on the Oregon Coast; watching basketball, Ken Burns and wildlife documentaries, enjoying his vast CD collection, visits from Diane, and the company of kids.

Photo Gallery
0 photos Upload a photo
Remembrances
0 entries Submit a remembrance
Memorial service
Celebration of Life at Cañada College, Redwood City, CA at a later date to be determined.
About this site     Contact us