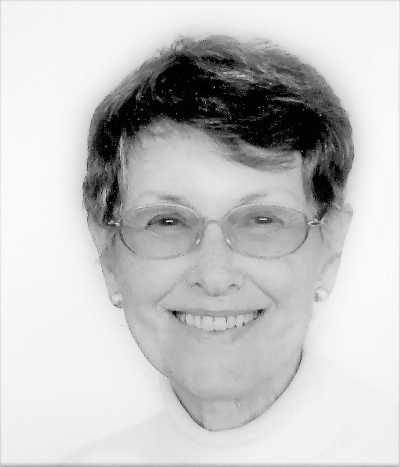 We’re sad to announce that Judith Monson Scanlon has passed away from the effects of a debilitating stroke.

Judith was born in Merced, California, to parents Charles Kenneth Monson and Amelia Amy Souza. She attended Merced schools until graduation, attended Fresno State University and then San Francisco State College where she earned a business degree. Her early career was working for financial companies in San Francisco. In the 1980s, she moved to San Mateo, and ultimately to Palo Alto, where she worked for a capital management company until her retirement.

Judith loved running, hiking, bicycling and physical fitness. She especially enjoyed hiking the trails around Palo Alto and those surrounding Crystal Springs Lake. She ran in many charitable races, and completed her first marathon at the age of 50. Yosemite’s High Sierra Camps were a favorite summer destination for Judith. One summer, she hiked the entire circuit of all of the High Sierra camps and received an award for her accomplishment. She also enjoyed Jazz and Bach, and tried to attend the Bach Festival in Carmel each year, as well as other concerts at venues closer to Palo Alto.

Judith was a devout Catholic and always active in the local parishes where she resided. When she moved to Palo Alto, she joined the St. Thomas Aquinas community and was one of the Sacristans. She was small but strong, and rung the church bell vigorously many Sunday mornings before the 7:30AM Mass. After complaints from neighbors about the vigorous bell ringing so early on a Sunday morning they finally decided to suspend its use. She volunteered and worked for a time for the Chaplain at Stanford, and was a financial supporter of many Catholic related charities including St. Patrick’s Seminary in Menlo Park.

She is predeceased in death by her parents, Ken and Amelia -- Brother Charles Jr. of Virginia, and nephew Gregory Statham.

Judith is survived by her sister, Laurel Monson-Statham (Roy) of Pleasanton, CA, nephew David Statham (Amy), Grandniece and nephew, Hannah and Austin Statham, of Livermore, CA, and many extended family and friends who loved her.

Judith was a loving, caring, and generous person – She will be greatly missed and forever held in the hearts of all who knew her.