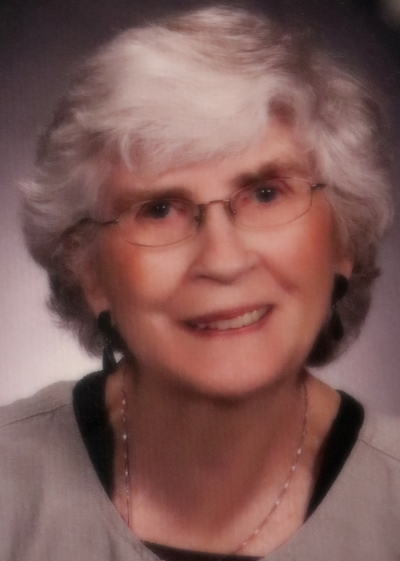 Retired Umpqua Community College associate professor Judith Eileen (Swem) Wood died at her home in Roseburg with family members at her side, on Feb. 2 of complications of polymyositis, an autoimmune disease she had fought for decades. She was 88.

Judy was born in 1932 in Ferndale, Michigan. In 1950, she graduated from high school in Otisville, Michigan, where she was editor of her high school newspaper, before moving to California with parents Harry and Alice Swem, and younger siblings Shirley and John. She loved to ice skate and swim and was a lifeguard for many years.

Judy majored in education at the University of California, Los Angeles (UCLA) where she was on the synchronized swimming team. During a California teacher shortage, Judy was offered emergency teaching credentials to leave before graduation, taking a job as a teacher in Greenfield, California in 1955. Soon after arriving in Greenfield, she was swept off her feet by Wiley Wood, whose family had owned a ranch in nearby Salinas since the 1800s. Just a few months after meeting, the two were married.

Judy and Wiley moved to Oregon in 1961, where they lived the rest of their lives. Although busy raising six daughters born in a ten-year span, Judy finally received her bachelor’s degree from Boise State in 1971, while the family lived in Ontario, Oregon. Judy taught English as a second language at Treasure Valley Community College and her students (mainly of Basque, Japanese and Mexican heritage) shared their cultures and food with Judy and her family.

The Wood family moved to Roseburg in 1971, living in Green before building their home in Garden Valley a few years later. They later built a new home for themselves on the lot next door, naming the street leading to their house Shobu Lane, after Roseburg’s Japanese sister city.

Judy worked as an instructor at Umpqua Community College from 1971 until her retirement in 1994, serving much of the time as an advisor to the college’s foreign students and as the lead writing instructor in the Developmental Education Department. When her daughters became adults and moved out, Judy and Wiley filled up their bedrooms with Umpqua exchange students.

While teaching at Umpqua, Judy commuted to the University of Oregon, receiving her master’s degree in education in 1978 and sometimes running into her journalism student daughter Barbara on campus.

Judy was passionate about education, and while she couldn’t afford to pay her 16 grandchildren’s college tuition, she and Wiley covered the costs of each one’s college textbooks. She encouraged family members and others to continue their education and all her life worked to help people with different learning styles become a success. She was proud when a third generation, grandson William Gurney, graduated from the University of Oregon.

The couple loved traveling, gardening and good food. Together they visited countries including Japan, Mexico, Guatemala, Peru, South Africa, Scotland, England and Portugal, often visiting former exchange students in their home countries. They were Master Gardeners, active in planning and building the Master Gardeners Discovery Garden outside River Forks Park. Judy was a former member of the American Association of University Women, and (although she didn’t ever raise grapes) was also part of the Umpqua Valley Winegrowers Association. Until her death Judy took part in a book club, and in a diners and travelers club that met to share recipes from other countries along with tales of members’ travels.

Judy and her husband, Wiley, who died in 2001, visited Shobu, Japan (now part of Kuki City) several times as part of the Sister Cities program and also often hosted Shobu guests in their home. They had an especially close relationship with the Koyama family. Some of Wiley’s ashes reside in Shobu under a myrtle tree grown from a seed Chiaki Koyoma brought from Roseburg.

Wiley and Judy named the street that leads to their home Shobu Lane and were very proud of their Japanese-style garden and pond, which Chiyaki Koyama helped them with on his visits.

Judy loved to write, and she often had her letters to the editor printed in her local newspapers. She was also a diplomat, so only after Wiley died in 2001, and 45 years of marriage, did Judy change her political party registration from Republican to Democrat and began supporting organizations such as MoveOn.org, SwingBlue, Oregon Public Radio, the Southern Poverty Law Center and the American Civil Liberties Union. She was a huge fan of Barack Obama, and in her last days told others she just hoped to live until Donald Trump left office.

Judy is survived by her six daughters: Nancy (and Larry) Patton of Sweet Home; Barbara Wood (and Dan Fitzpatrick) of Woodside, California; Kathleen (and Nathan) Neal of North Bend; Emily Gurney of Roseburg; Shelly (and Steve) Cash of LaPine; and Kerry Wood of Ashland; her sister Shirley Peters of Idyllwild, California and brother John Swem of Banning, California; 16 grandchildren, 21 great-grandchildren and 6 great-great-grandchildren.

Photo Gallery
0 photos Upload a photo
Remembrances
0 entries Submit a remembrance
Memorial service
A memorial service will be held at noon on August 14 at River Forks Park in Roseburg, with a luncheon to follow.
Make a donation
The family requests those who wish to make a donation to one of the charities Judy supported in lieu of flowers.
About this site     Contact us