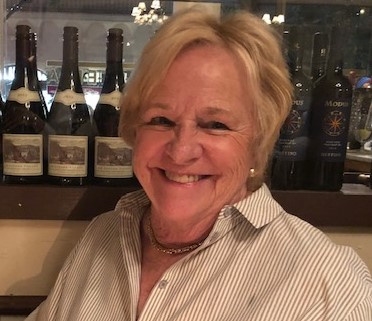 Katherine’s 40-year career in Bay Area public affairs and service was founded on a commitment to collaboration among business, government and community. Katherine was Executive Manager of External Affairs for BART, Manager of Public Affairs for Lockheed Martin, and worked at the Bay Area Council. She also was a member of the California Transportation Commission. Her involvement in Menlo Park included serving on four commissions, most recently the Planning Commission.

Katherine was a longtime supporter of the Commonwealth Club, serving on its Silicon Valley Advisory Board and embracing its mission of education and connectivity to policy makers and great intellects.

Katherine was born in Oakland, graduated from Skyline High School, earned a degree in economics and sociology from UC Berkeley in 1977, and earned a master’s degree in communications research from Stanford University in 1979. She was a graduate of the Coro Women’s Program in 1979.

She is survived by her husband, Bill Dempsey, whom she met when they were involved in California environmental issues and Bill was at The Nature Conservancy. Her many friends, family and colleagues will miss her.

Photo Gallery
0 photos Upload a photo
Remembrances
0 entries Submit a remembrance
Memorial service
A celebration will be held once the Covid threat is past.
About this site     Contact us