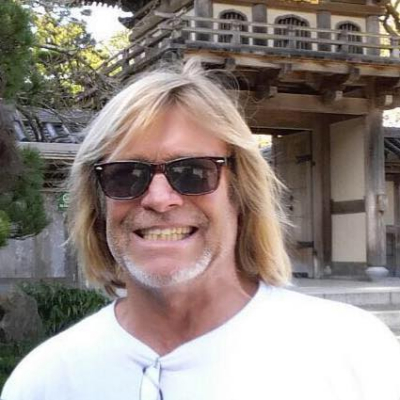 Kevin McLaughlin died unexpectedly over the 2022 Memorial Day weekend. We, his family, were startled and shocked by his passing.  He passed away from a sudden cardiac death.  Over his life, he struggled with alcoholism and addiction. He achieved sobriety successfully and had been moving forward in his life. Kevin started swimming early in his life and became a strong member of the Ladera Oaks swim team  and later was a member of the  AAU swim team. At this time, he also started his love for surfing, which continued through out his life. Among his other pursuits, was spending time at the "Winter Club" in Palo Alto.  (our neighborhood ice skating rink). He would often be seen circling around the rink at high speeds.   In his 20's, he started his modeling career and ended up working with Ford, in New York.  He had a number of clients from Adidas to the Brawny Paper Towels (He was the first Brawny Man) and even Chippendale's Calendar.   As a Bay Area native, Kevin followed the Giants Baseball team and in later years, also followed the Golden State Warriors basket ball team. Kevin was a talented carpenter and was a union member of the United Brotherhood of Carpenters in NY.  Since his retirement from the union, Kevin continued to work specializing in home remodeling. Kevin leaves behind his loving family including Travis, his 32-year old son and his sister, Dinnie McLaughlin of Northern California.

We are putting together this “Go Fund Me”, in hopes of being able to :

1) Take care of all his final bills and expenses

3) No amount is too small.  All donations are appreciated!

If this “Go Fund me” Fundraiser exceeds what we need for expenses, the balance will be donated to a local group supporting those with substance and alcohol abuse problems.

Please share this with all of those that knew and cared for Kevin. We do not have access to his whole community and want to make sure people are notified about his passing.

We are planning a ceremony to take place on June 27 to celebrate Kevin’s life. Tentatively it is planned to take place at Shinnecock Inlet in Riverhead. Time to be announced.

Photo Gallery
0 photos Upload a photo
Remembrances
1 entry Submit a remembrance
From Patricia Hite
June 16, 2022
Kevin was a friend of mine many years ago along with his sister Marcy. So sorry to hear this. Kevin and Marcy, my sister Sue and I would ice skate at the Winter Club a long time ago! He was always a kind soul. ?RIH Kevin?
Memorial service
We will have a scattering of Kevin's Ashes on Long Island at Shinnecock Inlet on June 27, and also in Half Moon Bay, in August. Times to be announce for both.
Make a donation
Go Fund Me...to cover final expenses and then to help charitable organizations Kevin was involved with.
About this site     Contact us