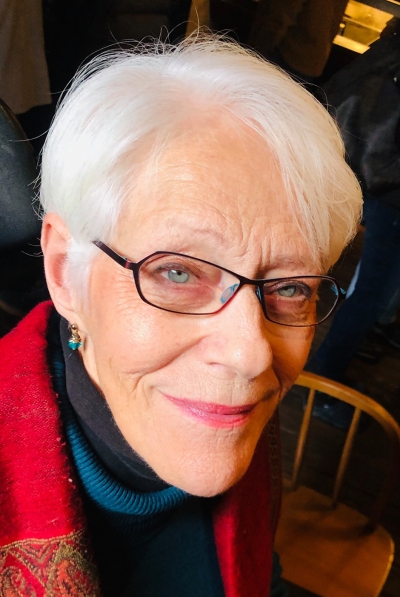 Laura was born in Detroit, MI, on September 3rd, 1942. She graduated from Wilson High School, in Portland, Oregon, class of '60, then later continued her education receiving a BS in Business Management from the University of San Francisco in 1985.

By the end of the 1960's Laura had become a regular performer and singer with the South Bay Area music and drama scenes.

By the time of her spinal cord injury in 1978, she had worked as Music Coordinator for the City of Palo Alto Arts Department, been Publicity Director for TheatreWorks Silicon Valley and a partner in Barton-Griswold Publishing which designed and manufactured music theory learning games. She had also been singing in the choir at Trinity Lutheran Church where she was a long-time member, and teaching a mid-week class on Christian Growth.

After recovering she returned to her work as an administrative assistant for Monterey Learning Systems, her company Barton-Griswold, her participation in the Trinity Choir, and started a choir for elementary school children with Sally Treadway called The Trinity Palo Alto Choir School; all while keeping up a schedule giving private voice lessons.

Laura married again in 2000, this time to Richard Holding who passed away in 2018. Despite several additional life-threatening medical challenges; non-Hodgkin's lymphoma in 1999, breast cancer in 2008, lung collapses in 2014 and several disturbingly resilient wounds, Laura continued with seemingly endless endeavors until the end.

Her son Ken's final conversation with her included planning for her annual party for friends and family featuring a varied list of live musical performances.

Photo Gallery
0 photos Upload a photo
Remembrances
0 entries Submit a remembrance
Memorial service
A Memorial Service will be held at 2PM, May 1st, at Trinity Lutheran Church in Palo Alto at 1295 Middlefield Rd. Pastor Stewart Crown will be officiating.
Make a donation
In lieu of flowers, donations may be made to the Trinity Lutheran Church Music Fund, 1295 Middlefield Rd, Palo Alto, CA 94301 or the Music in the Schools Foundation, PO Box 60012, Palo Alto, CA 94306
About this site     Contact us