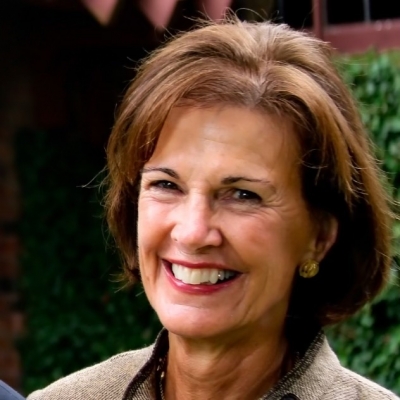 Margaret Snyder Hinman “Peggy”, of Atherton, CA passed away peacefully on July 4, 2021 in the presence of her adoring husband of 59 years, Harvey D. Hinman. Peggy was 81 years old. She is survived by her brother, Robert Snyder; sister, Martha Talbot; and her three children, George, Sarah, and Margi and their spouses, Ann Hinman, John Whittle, and Lucas Heldfond. Peggy was blessed with nine grandchildren: Harvey, Will, Phebe, Alexandra, Henry, Margaret, Oliver, Natalie, and Adrienne.

Peggy was born in Portland, Maine, on November 22, 1939 and grew up in Yarmouth, Maine, where she started her education in a one-room schoolhouse and then attended Waynflete School. She graduated high school from Northfield Mt. Hermon in 1958 as president of her class. She went on to attend Brown University where she met many lifelong friends and the love of her life, Harvey, whom she married the summer after she graduated in 1962.

Harvey and Peggy’s journey began in Ithaca, NY, where she worked at New York Bell Telephone Company and Cornell University. When Harvey graduated from law school, they moved to Menlo Park, CA.

Peggy launched into her new life on the West Coast where she dedicated herself to raising three wonderful children. She was an active member of the Junior League of Palo Alto and quickly made lasting friendships, especially as a member of the elite group, “Stitch and Bitch.” She enjoyed playing tennis, horseback riding, hiking, skiing, and tending her garden.

Once the kids headed to college, Peggy returned to school to become a landscape architect. Afterwards she opened her own business, Peggy Hinman Landscape Design. Her designs were in high demand and can be seen in beautiful gardens all over the Bay Area, including many of her close friends and family. From there, Peggy’s creativity led her to refine her watercolor skills and become a botanical artist.

Peggy was happiest being surrounded by her family. She particularly enjoyed celebrating milestones and holidays with them in the mountains around Sun Valley and the beaches of Carmel. She had a smile that would light up any room. In her graceful, thoughtful way, she could make you feel like the center of attention while at the same time having you clutching your sides in laughter. Peggy was a devoted wife, a loving mother, an engaged grandmother, and a dear friend. She will be missed.

Photo Gallery
0 photos Upload a photo
Remembrances
1 entry Submit a remembrance
From Louise Brigham
July 7, 2021
Harvey, I am thinking of you and your family at this time of sadness. My love to all of you. Louise Brigham
Memorial service
A memorial service will be held on July 17th at 2 PM at Menlo Church 950 Santa Cruz Ave, Menlo Park, CA 94025.
Make a donation
In lieu of flowers, kindly consider a donation to Filoli (https://filoli.org/) or Alzheimer’s Drug Discovery Foundation (https://www.alzdiscovery.org/) indicating the gift is in memory of Peggy Hinman.
About this site     Contact us