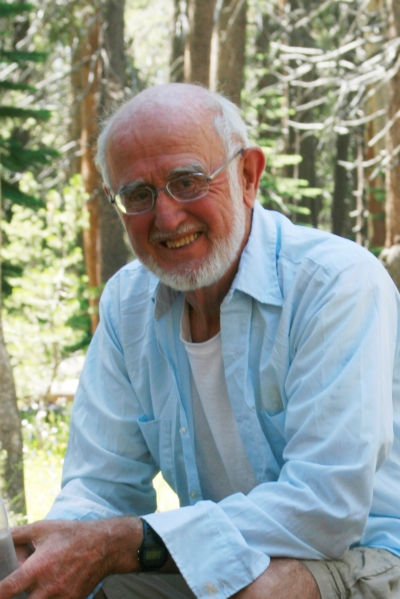 Martin Marcus Berndt, age 88, of Palo Alto, California, departed this life on July 17, 2021. After a courageous battle with cancer, he passed peacefully with his daughters by his side. He was born on July 29, 1933, in Darregueira, Argentina, to Pastor Markus and Charlotte Berndt. The fifth of ten children, he told stories of tutoring younger siblings, slaughtering chickens for dinner, playing soccer with a pig bladder for a ball, and hearing tango music wafting through the night. Though his older brothers followed their father into the ministry, Martin was encouraged to pursue his interests in mechanical things, eventually leading to a career in engineering.

When Martin was 16, his father and most of the family immigrated to the US suddenly, leaving behind the older siblings, and settling in Wisconsin. While attending the University of Wisconsin, Madison, Martin met and eventually married his first wife, Barbara, on May 21, 1958. After the birth of Andrew in 1960, Martin’s engineering degree led to an opportunity for a year abroad in Hamburg, Germany, from where he and Barb launched many adventures in their blue VW bug with their big orange tent covered with badges from every country in which they camped.

Returning to the U.S., after Esther was born in 1965, the growing family moved to California and Martin began his 30 year-plus career as an electrical engineer at the Stanford Linear Accelerator Center (SLAC). Soon after, Martha was born in 1967. Martin and his family lived for many years in Palo Alto, attending Trinity Lutheran Church, and became involved with Neighbors Abroad, the Greenmeadow community, and refereeing youth soccer.

After grieving Barb’s unexpected passing in 1989, Martin remarried in 1994 to lovely Heidi. Heidi and Martin shared many years together, often spending summers in Cape Cod, and enjoying the grandchildren, Max and Ben, that Heidi’s daughter Kathy and husband Dave brought into his life.

Martin was known for his commitment to his faith and to those he loved, his lust for adventure, and his enthusiasm for life. He never lost touch with his South American roots, maintaining close relationships with the Berndt Argentine contingent, following international soccer, enjoying an occasional mate, and speaking Spanish whenever possible. With characteristic dedication, Martin continued Barb’s goal of supporting their son Andrew to live as independently as possible in spite of developmental challenges. Always up for a good debate about current events, he enjoyed outings and mountain trips with his daughters and SLAC buddies, had regular season tickets to the symphony, and supported countless charitable organizations. He celebrated his 75th birthday while cycling across the U.S., and had a passion for repairing and rebuilding bicycles.

Martin was predeceased by his second wife, Heidi, in 2020. He is survived by his three children, Andrew, Esther and Ed, and Martha Berndt, together with Martha’s husband, Don Young, and his two daughters Elise and Erin; his stepdaughter Kathy Pasin, together with her husband Dave Pasin and sons Ben and Max; brothers Lee, Ted, Ernie Berndt; sister Dorothy Fletcher; goddaughters Monica Berndt and Annick and Carole LeGall; many in-laws, nieces and nephews; and countless wonderful friends.

Martin will be missed!! However, he wanted us to have a party when he’s gone, writing, “My only regret will be that I won’t be able to attend such a celebration.” So let's crack some crabs, share some good Malbec, and toss the wine bottles when we’re done. Happy Birthday Martin wherever you are now, and hang on, we’ll be coming shortly!

In lieu of flowers, donations may be made to one of the following organizations:

Photo Gallery
0 photos Upload a photo
Remembrances
1 entry Submit a remembrance
From Diane DeLuca
Aug. 4, 2021
Thank you for posting this beautiful memorial of your Dad, Esther. I was a neighbor of Martin and Barbara, living on Stelling Drive in the 60s and 70s. Your parents were an inspiration in their loving devotion to their children. I hope you all ...
Read more
Memorial service
The memorial service for our brother in Christ, Martin, will be Thursday, July 29 4:00 p.m. 1295 Middlefield Rd. Palo Alto, CA (650) 853-1295 A reception will be held afterward.
Make a donation
In lieu of flowers, donations may be made to one of the following organizations: Good Shepherd Lutheran Home of the West, 10650 Road 256, Terra Bella, CA 93270 Sempervirens Fund, 419 South San Antonio Road, Suite 211, Los Altos, CA, 94022 https://sempervirens.org/ Bayshore Christian Ministries, 1001 Beech St, East Palo Alto, CA 94303 https://www.bayshore.org/
About this site     Contact us