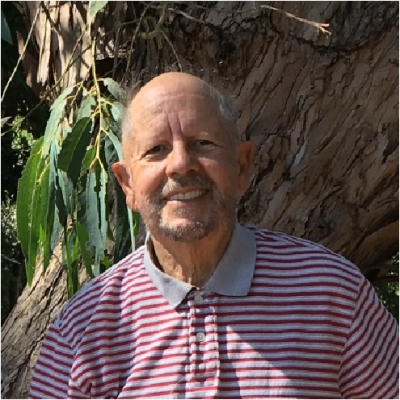 Max Capestany, age 87, passed away on December 17, 2020, after a stroke. Born on July 12th 1933, he was a long-time resident of Menlo Park. Born in Indiana, to Max and Virginia, he graduated as Salutatorian from Froebel High School in Gary, and attended Indiana University for undergraduate and medical school, where he joined Phi Kappa fraternity. In 1955, he married MaryAnn Sulich who was his wife for 45 years. They had four children, Mark, Doreen, Janet, and Greg. After medical school, he joined the Army Reserves, and in 1961 he and his family moved to Atherton to begin his OB/GYN practice with Kaiser Permanente, Redwood City.

After a varied medical career, he spent his retirement years volunteering at Stanford University, singing in two local chorale groups, Masterworks and Peninsula Cantare, bowling at the Palo Alto Lawn Bowling Club, traveling extensively with his wife, Grace, and doting on their little dog, Tina.

Max was well-liked for his calm, friendly presence, wry sense of humor, and lovely tenor voice. He was a kind, genteel competitor, and always had words of encouragement for his teammates.

A memorial reception will be held when Covid restrictions allow for public gatherings.