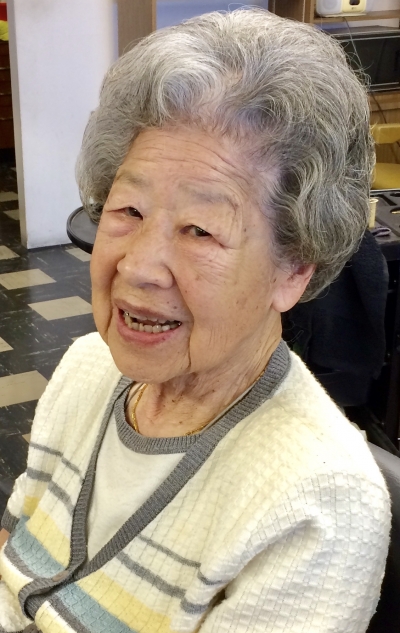 Pat lived an extraordinary life in nearly 102 years. She grew up on a farm with Japanese immigrant parents as one of 10 children. She graduated from Sacramento Junior College, where she met her husband, Tak. They married after the U.S. Army drafted him during World War II, and she earned special dispensation to follow him around the country instead of joining her family in an internment camp. In her life, she’s worked as a doctor’s assistant, at a bindery and envelope company, doing seamstress work and more. But she spent the heart of her life in Menlo Park, Calif, where she and Tak built a house in 1959 and raised their two daughters. They started an insurance business and were devoted members of the Japanese American community, assisting new immigrants and helping to establish the Palo Alto Buddhist Temple. Pat was known for her strong work ethic and thriftiness. Her garden overflowed with vegetables and flowers, and she shared her talent for cooking and baking with friends and family, hosting an annual Japanese New Year party. She loved chocolate and word search puzzle books.

When her first granddaughter was born, Pat remarked how she hoped she’d live long enough to see her go to Kindergarten – She attended both of her granddaughters’ college graduations.