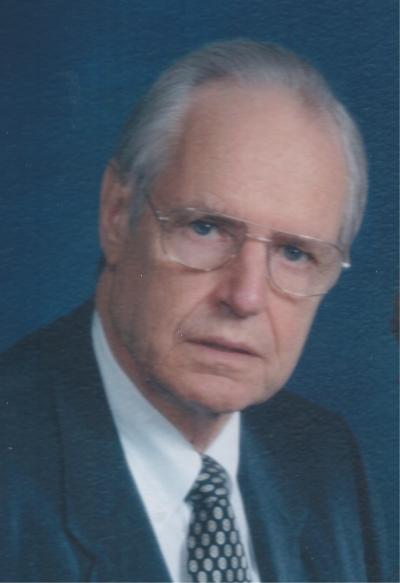 Intelligent, adventurous, curious and generous, Norman Cima passed away in his sleep in his home at the age of 91. From a small town kid, to starting a global business, to a world traveller, he did everything with gusto and a desire to learn more. With his inspiration, spirit, hospitality and achievements, he left his mark for family and others to emulate. Born in Missouri to a coal mining family, his early years were spent surviving the Great Depression, doing odd jobs on neighbors’ farms and taking every device he could find apart - including those new fangled radios. After a short stint in the Navy as WWII was ending, he earned a degree in Electrical Engineering at Iowa State University and has supported scholarships for engineering students from Iowa throughout his life. He met his love and life partner, Phyllis, a quiet but forceful farm girl through family and church friends and they married in 1950. Moving to St. Louis to work for White-Rodgers on radio control and autonomous drones, their daughter Joyce was born, then during a 6 month TDY to Oxnard, CA, their son Alan was born. Having experienced the beauty and lifestyle of California, they made the move to Orange County, working in the same area for Babcock Radio Engineering. As he became more involved in the business side, his love of learning peaked again and they moved “temporarily” to Northern California to attend Stanford, earning his MBA. After graduation, Norm started CM2 alongside two friends from business school. CM2 focused on oceanographic research, eventually building the foundation for OceanRoutes, a world-wide business finding the optimal routing of commercial ships. The company’s final iteration, WeatherNews, became the world's largest weather company. He sold the business in 1978, professing to retire but continuing to consult and influence those who carried it on.

Norman’s interests were varied and expansive. He and Phyllis travelled the world, understanding the values of different cultures and meeting new people who became friends and part of their family. During his travels, he started collecting antique scales and was instrumental in the International Society of Antique Scale Collectors. His collection is now housed in the ISASC Museum in Pittsburgh, a place where the mechanical scales that are fast disappearing in our digital age are preserved and on display. His love of travel extended to his family where he organized fabulous trips to the Galapagos Island for Christmas, Italy to meet our ancestors, a Greek cruise following 9/11 and the Rocky Mountaineer train ride in Canada. In 1962, in the summer between business school years and his first trip to Europe, he searched for his Italian ancestors and found the birthplace of his grandfather in the Piemonte region. This story, the ones who came to America and the ones who stayed in Italy, intrigued him all his life. Norm searched the world to sketch out the Cima family genealogy years before ancestory.com and helped to foster connections among the family through a biennial Cima Clan Conclave.

A master storyteller, he wove his adventures into interesting and exciting tales. His breadth of knowledge allowed him to have conversations on just about any topic. He loved having friends come to stay and was the consummate host, showing them the time of their lives. He had a zest for life and didn’t want to waste a minute of it. Norm and his spirit will be greatly missed.

Photo Gallery
0 photos Upload a photo
Remembrances
0 entries Submit a remembrance
Memorial service
A memorial service in remembrance and celebration of his life is to be held on Saturday, July 13 at 10:00 am at Skylawn Memorial Park chapel, San Mateo. Reception to follow at the Sharon Heights Golf and Country Club, Menlo Park.
Make a donation
In lieu of flowers, the family suggests gifts may be designated to the Iowa State Foundation - Cima Scholarship in Electrical & Computer Engineering, or to the Norman and Phyllis Cima Fellowship Fund at the Stanford Graduate School of Business.
About this site     Contact us