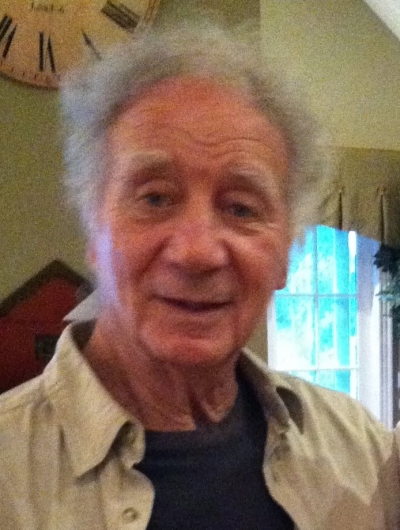 Pat P. DiSibio, age 88, died on December 4, 2020 in Granite Bay, CA, where he lived with his daughter and her family (Greg, Samantha and Dominic) for the past 12 years. Pat was the second of four brothers; Sam DiSibio (passed 2016) Anthony DiSibio (passed 2001) and Lew DiSibio (passed 2019). His Father, Mike, was born in Caramanico Terme, Italy, and came to the United States during World War I, where he met his wife, Louise, also from Italy, in New York. The family eventually moved west from New York to San Francisco, then settled in Menlo Park, California. Pat is survived by his first wife, Carolyn Joanne Guyett and their three children, Curtis DiSibio (wife Jennifer), Steven DiSibio (wife Pam), and Valerie Houghton (husband Greg). His second wife, Dian, passed away in 2007. They are survived by their son Paul DiSibio. He is also survived by his stepdaughter Jeanne McGowen. His stepson Rocky Barbanica passed away in 2018, he is survived by his wife, Shelly. Pat is also survived by eleven grandchildren and three great-grandchildren. Pat and Dian were married 42 years and lived their entire married life in Menlo Park where they attended Church of the Nativity every Sunday and enjoyed the yearly summer carnival. Pat owned DiSibio Builders in Menlo Park where he was responsible for building countless homes and remodels all over the Bay Area and some in Lake Tahoe. He began his building career with his father and then continued the business with his son, Steve, spanning over 60 years of building. Everyone in the family, including cousins from Dian’s sister, Grace Brett, worked for DiSibio Builders at some point in their growing years. Besides his family and building homes, Pat’s other enjoyment was his love of horse racing, which was also shared by his mother. He had many stories of a full and fun life, including meeting Frank Sinatra in Tahoe and spending time with him at the tables in the casinos. Pat was a loving and generous Father, Grandfather, and husband. Pat and Dian always opened their home to anyone in need helping many families, friends, and strangers over the years and he leaves a legacy of gratefulness.

Photo Gallery
0 photos Upload a photo
Remembrances
0 entries Submit a remembrance
Memorial service
The family will have a service for Pat at a time to be dated. Pat will be laid to rest at Alta Mesa Memorial Park in Palo Alto, CA.
Make a donation
. In remembrance of Pascal “Pat" Disibio’s life, the family asks that any charitable donations be made to Suncrest Health Services, 9800 South Monroe St., #809, Sandy, UT 84070. This Hospice service was an amazing help to Pat and his family.
About this site     Contact us