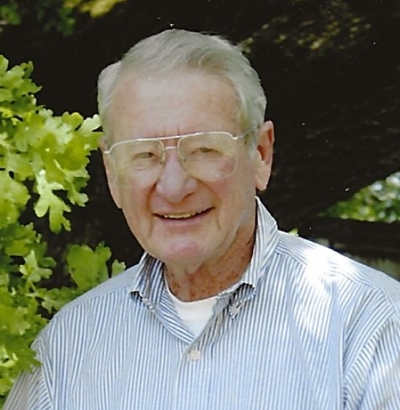 Paul O. Reimer, a native Californian, passed away peacefully at his home in Portola Valley on April 25th at the age of 93. Born the only child to Paul and Ruby Reimer, Paul Jr. was raised in Alturas, CA, and attended Modoc High School. Answering his great generation’s call to service, he enlisted in the Army at the age of 17 and was shipped off to Japan and Korea in 1945. Following his Army service in WWII, Paul worked for the US Forest Service fighting fires, then went on to pursue a civil engineering degree at the University of Nevada, Reno. There, he was Student Body President and met his beautiful future wife Kathryn Ann Brennan of Loomis, CA. Upon graduating with honors, he served during the Korean War as a Commissioned Officer in the U.S. Coast and Geodetic Survey in the Bering Sea and the Arctic Ocean.

Paul and Kay married in 1951, a marriage that bloomed for over 53 years till Kay’s passing. They built a wonderful life together full of family celebrations, travel, and special times with friends. They were blessed with three great children - son Mark, an OB/GYN Doctor residing near Fort Worth, TX; son Ted, a wine importer who passed away in 2018; and daughter Kristie, an environmental consultant now living and working on the Monterey Peninsula, CA. Paul was extremely proud of his sons and daughter and of their accomplishments.

After relocating to Palo Alto, CA, Paul’s career flourished, culminating in the creation of Reimer Associates, Consulting Civil Engineers in 1976. He led the firm beyond typical engineering design services in Northern California and Nevada. In 1990 he was joined by his daughter and together they gained national recognition for their work with military communities impacted by Base Realignment and Closure actions. From 1993 through 2000, Paul was a member of the DoD sponsored Defense Environmental Response Task Force with oversight responsibilities for cleanup at all closing or realigned military facilities nationwide. His appointment to the nine-member Task Force required House and Senate confirmation. He was an active and recognized member of numerous professional societies and organizations including Association of Defense Communities, Association of Bay Area Governments and Bay Area Council. As a dedicated member of the Urban Land Institute, he was honored to be named a Trustee. In 1995, the Board of Trustees declared him an Honorary Member in recognition of his long and distinguished service and unselfish contributions.

Paul believed in giving back by donating his time and technical expertise in support of the public good. He was devoted to the preservation of Northern California lands through his long-term involvement with both Mid-Peninsula Regional Open Space District and Peninsula Open Space Trust (POST). Paul was an active Advisory Council member during POST’s important “Saving the Endangered Coast” campaign, which aimed to preserve more than 20,000 acres on the San Mateo Coast.

In 2012 Paul embarked on his last endeavor researching and interpreting the path that Gaspar de Portolá took during his 1769 expedition of the San Mateo County coast and the San Francisco Bay. His detailed hand-drafted maps would become the basis for the 90-mile historic trail that incorporates segments of the California Coastal Trail. San Mateo County led the planning and approval efforts that included coordination of 60 trail partners, significant public outreach, and submittal for State Historic Trail designation. In 2019, Paul’s tenacious efforts were recognized by San Mateo County and others during the dedication of the Ohlone Portolá Heritage Trail.

Paul was an avid fly fisherman and cherished his annual trips to join his dear friends, the Wallace family, in Montana. He enjoyed exploring various interests as a painter, storyteller, and sculptor. His rare wit and poetry captured countless moments in a special way that will provide lasting memories for us all. Many words have been used to describe Paul such as true gentleman, gifted engineer, gracious host, best friend, and most importantly, beloved husband, father, grandfather, and godfather. Paul is now reunited with his wife Kay (2005), son Ted (2018), and several friends and family. He is survived by daughter Kristie, son Mark and his wife Ana, seven grandchildren, fifteen great-grandchildren, and many loved nieces and nephews.

Photo Gallery
0 photos Upload a photo
Remembrances
1 entry Submit a remembrance
From Mimi Pickering
May 6, 2021
A wonderful man with a great family. He was much loved and respected by the Pickering family.
Memorial service
Memorial services will be announced at a later date.
Make a donation
In lieu of flowers, the family requests donations be made to Paul’s last crusade in support of the Ohlone Portolá Heritage Trail Project. See link below for San Mateo County Parks Foundation. If you have questions, please contact Michele Beasley at 650/321-5812 or [email protected] https://supportparks.networkforgood.com/projects/20463-support-san-mateo-county-s-park
About this site     Contact us