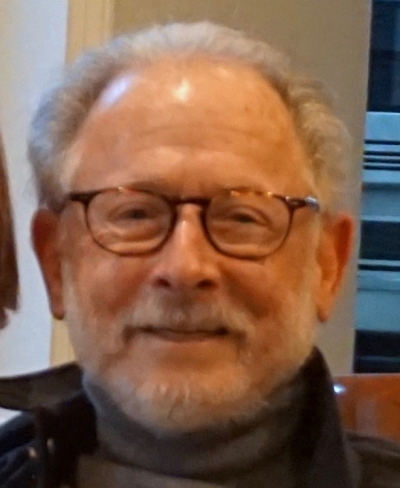 Dr. Richard Greene loved his life and lived it to the fullest, with his characteristic positive attitude, enthusiasm, and energy. Beloved husband, father, grandfather, friend, and Palo Alto pediatrician, Richard passed away at home in Larkspur, California on May 21, 2021, surrounded by his family, after a valiant fight against T-cell lymphoma.

Richard practiced pediatrics and pediatric cardiology at the Palo Alto Medical Foundation for forty-eight years, retiring in 2015, determined to be the longest serving physician to date. He was convinced he had the best job, with the greatest colleagues, and most wonderful patients in the world – a conviction he readily shared with all who knew him. In addition to his dedication to his patients and their parents, Richard served as the chair of the Department of Pediatrics for eight years during PAMF’s move to its new campus in Palo Alto in 1999, where the pediatric playground was dedicated in his honor. He also served as the first medical director of PAMF’s Urgent Care Center from 1985-1992 and on the PAMF Community Board of Trustees. However, first and foremost, Dr. Greene loved taking care of multiple generations of children, having more than 500 patients whose parents he also took care of as infants. Toward the end of his career, he focused exclusively on his sub-specialty of pediatric cardiology at three PAMF locations.

Richard believed his professional life was enriched by his career-long affiliation with Stanford University and its Children’s Hospital, where he served as a Clinical Professor, the first President of the Medical Staff for Lucile Packard Children’s Hospital, and a member of the Board of Directors. Richard also greatly valued his emeritus association until the end of his practice with the Stanford Pediatric Cardiology Department.

Richard was born in New Orleans, Louisiana, where he attended Newman School, Tulane University, and LSU Medical School. Upon graduation, he completed a general internship in San Francisco at the Southern Pacific General Hospital, before serving two years in the U.S. Air Force as a flight medical officer. Richard then returned to Palo Alto and completed his pediatric residency at Stanford, as well as a two-year fellowship in pediatric cardiology.

In addition to his busy professional life, Richard was a loyal and fun-loving friend, still maintaining best friends from New Orleans and Camp Horseshoe, a Wisconsin north woods boy’s camp, where he was a camper, counselor, and camp doctor for decades. Always outgoing and upbeat, Richard cherished his friendships that spanned decades, as well as the new ones he made every day of his life.

Richard loved sports and was an eager, competitive participant throughout his life, skiing late into his seventies. He was an ardent fan of Stanford football and Bay Area professional teams. While he was practicing, he provided free physicals for local high school athletes and volunteered as team doctor for sports team. For the past several years, Richard has been delighted to be able to cheer on his own grandchildren’s sports.

Photo Gallery
0 photos Upload a photo
Remembrances
0 entries Submit a remembrance
Memorial service
A small, private family celebration of life will take place during the summer, mindful of the ongoing Covid-19 pandemic and the fact that many children can still not be vaccinated. In recognition that Richard has numerous friends, colleagues, and grateful patients who would like to honor and acknowledge his life, the family has established a memorial website and invites anyone who is interested to share their memories and hopefully humorous anecdotes at www.richardgreenemd.org.
Make a donation
In 2014, Richard and Lynda established the Dr. Richard A. Greene Pediatric Cardiology Fund in gratitude for the career Richard loved and to invest in the future health and well being of children. Donations may be made to the Fund to honor Richard, through the Palo Alto Medical Foundation Office of Development or the link available on the memorial website at www.richardgreenemd.org.
About this site     Contact us