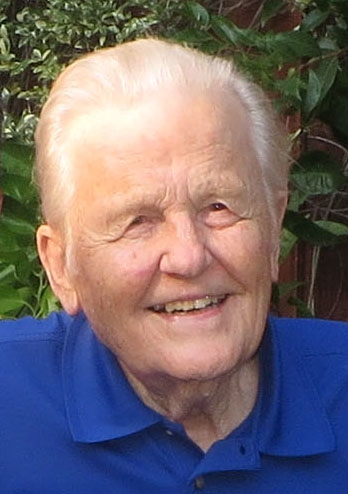 Richard K. Freeman passed away peacefully at home on December 18, 2020 at the age of 94, following a long illness. He was surrounded by his loving family and beloved wife of 72 years, Corkie.

Dick was born in La Jolla, California, to Waldo and Evelyn Freeman. His family moved to Palo Alto in 1932. He and his older brother Kent, attended grammar school at Stanford, where he felt the entire campus was his personal playground. He was a member of Jordan Junior High’s first class and he graduated from Palo Alto High School in 1943. Upon graduation he joined the U.S Navy. During World War II he was a radio gunner flying Air/Sea Rescue in PBMs in the Caribbean and then in the Pacific theater, based in Hawaii. After also serving as an airplane tower operator on Johnston Island, Dick was honorably discharged.

On his return to California, he attended San Jose State, where in a Spanish class he met the love of his life, Maybelle Maria Corkum, known as “Corkie” from Tucson, Arizona. Dick and Corkie were married on December 19, 1948 and he passed away just one day shy of their anniversary day.

In 1949 Dick graduated with a degree in Business Administration and a Minor in Military Science. Through the college ROTC program, he became an officer in the U.S Air Force and served a tour of duty.

Dick’s professional career was spent in Life Insurance and Financial Planning. He became a CLU, CFP and earned several other certifications along the way. In his personal life and later in retirement, Dick devoted much of his time to community service. He was a proud and active member of Palo Alto Rotary for more than 35 Years. He also volunteered with many local organizations, including Urban Ministry, American Cancer Society, The Palo Alto Food Closet and as a Chaplain's Assistant at Stanford Hospital. In addition, he was a founding member of The Thomas Merton Center, a spiritual and educational community at St. Thomas Aquinas Church, where he contributed in many ways.

Dick’s favorite things included traveling, reading, spending time with family and friends, bonding with his grandchildren, good wine, crossword puzzles and the 49ers (on a good day) along with volunteering and giving back. Corkie and Dick shared a love for travel and cruises and spent many years exploring the world. Often these trips were part of educational programs where they would continue to learn.

Dick was kind and gentle, utterly unselfish and most of all, he had a positive outlook on life and was fun to be around. He was able to see the best in each person and he lived by principle and example. Dick will be remembered for his sense of humor, quick wit, laughter and his fondness for puns and corny jokes. Dick radiated optimism and was driven by a desire to make the world a better place, both physically and spiritually. At his 90th birthday, one of his kids said, “Dad, you are an example of how a life should be led and an inspiration to all of us.” There is no higher praise than that.

Dick is survived by his wife Corkie and his five children; Mark of San Jose, Blake of Mountain View, Tim of Chino, Sue of Palo Alto, and Connie (Lou) Viveros of Los Altos, his 5 grandchildren; Jared, Megan, Montana, Riley, Elleanna, his great-grandchildren and his nieces Katie Freeman (Larry Pageler and family) of Santa Cruz and Laurie Freeman of Washington state.

In lieu of flowers please make a donation to your favorite charity. 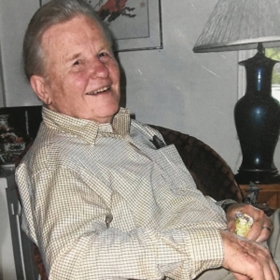 Remembrances
5 entries Submit a remembrance
From Timothy Freeman
Jan. 17, 2021
This 'Dad' will be missed by this son. My name 'Timothy' means: 'One who honors God' yet this Dad showed Honor in so many ways! So now, to honor God, is to honor Dad. HIS love was given & shared with others & RKF has left an indelible mark on our liv...
Read more
Memorial service
Due to Covid restrictions, there are no plans for a service.
Make a donation
In lieu of flowers please make a donation to your favorite charity.
About this site     Contact us