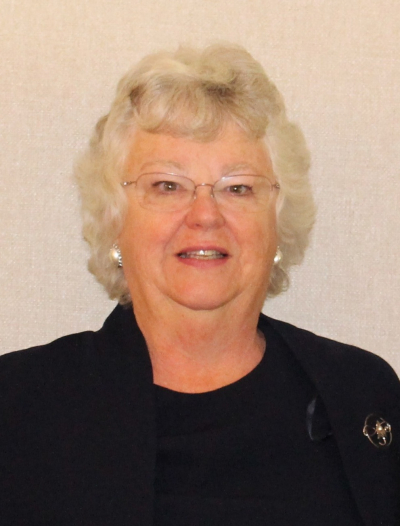 Ruth C. Satterthwaite, a resident of Palo Alto for 50 years, died peacefully at home on July 19 of pancreatic cancer. Ruth was 78 years old.

To her family, Ruth was a loving, loyal and dedicated wife and mother. As a wife, she was a treasured friend, companion and helper. As a mother, Ruth not only unconditionally supported her sons in their academic pursuits and hobbies but immersed herself in them, inspiring in her children a sense of confidence and community. She was known among her friends for her cheery disposition, lilting speech and pixie sense of humor.

Ruth was also a talented musician, writer, editor, and genealogist. She was born in Doylestown, PA, the oldest of four children of Walter M. Carwithen, Jr., and Ruth Leech Carwithen. Ruth grew up in the townships surrounding Doylestown and graduated from Central Bucks High School in 1961. She attended Ripon College in Ripon, WI, graduating Phi Beta Kappa in 1965 with degrees in English and music. After college, she worked in Boston and later Palo Alto for the publisher Houghton Mifflin.

Ruth married Edwin H. Satterthwaite, Jr., also a native of Doylestown, on June 18, 1966. They moved to Palo Alto, where Ed was pursuing a PhD at Stanford. In 1971-72, they lived in Newcastle upon Tyne, UK, where Ed taught at the University thereof. That experience cemented Ruth’s life-long interest in British history and in her own family roots in the Devon-Cornwall area.

Ruth and Ed subsequently returned to Palo Alto and have lived there ever since except for a hiatus in Pittsburgh, PA, in 1984-85. In addition to raising two sons, Rob and Will, Ruth became the consummate community volunteer. She was a frequent parent volunteer and occasional substitute librarian in the Palo Alto school system, most notably at the Hoover Elementary and Jane Lathrop Stanford Middle Schools, and received several special recognition awards for her contributions. She was also active in the PTA and PTA Council. Ruth later became a leader in the city’s Community Emergency Response Team (CERT), earning her amateur radio license and donating many hours. For such service, she received a Certificate of Special Congressional Recognition in 2005 and a Mick McDonald Volunteer of the Year award in 2007. Ruth also organized and moderated an early neighborhood news group for the Green Acres II area of Palo Alto.

Ruth ardently pursued her passions for music and genealogy. In addition to joining several musical groups and choirs, she sang for fifty years with a group of friends who gathered weekly to read and enjoy early music. She also gained a reputation as an expert amateur genealogist and became active in the San Mateo County Genealogy Society as well as a writing group and several writing collaborations related to genealogy. Ruth also enjoyed travel and hiking, especially in the local foothills and baylands.

Ruth is survived by her husband, her younger brother Thomas L. Carwithen of Madison, NJ, her two sons, Robert E. Satterthwaite (Elizabeth) of Rolling Hills Estates, CA, and William H. Satterthwaite of Scotts Valley, CA, and two grandchildren, Ella and Conner. She was predeceased by her parents and brothers Joseph and John.

Photo Gallery
0 photos Upload a photo
Remembrances
0 entries Submit a remembrance
Make a donation
In lieu of flowers, the family suggests memorial donations to a favorite charity in honor of Ruth.
About this site     Contact us