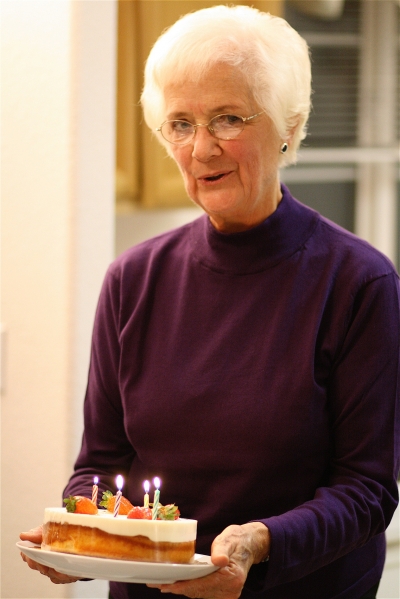 After her parents immigrated from Germany in 1931, Sigrid and her twin sister Hildegard were born at Stanford Hospital in 1934. She grew up in Palo Alto and graduated Phi Beta Kappa from Stanford with a major in Math.

Sigrid received her Masters in Education from Radcliffe and later taught at various schools in the Bay Area, including Serra High School in San Mateo. She was the President of St. Catherine’s Catholic CCD in Burlingame, where she helped create a more accessible curriculum for kids. She later became a financial planner and taught free classes at the Burlingame Rec Center, helping people of all ages learn about investments.

After visiting Monterey as a kid, Sigrid returned to the area many times with her family. She also enjoyed spending time in Twain Harte at a cabin built by her parents. She loved reading, listening to music, playing bridge, and – above all – social interaction with family and friends. She had an amazing capacity for empathy, and she loved to laugh, especially at herself.

Over the years, Sigrid faced various personal and familial challenges with courage and determination. Despite her many accomplishments, Sigrid’s gave so much of herself to her family and friends, and she often talked about how important these relationships were to her.

Sigrid is survived by her children John, Ann, and Jim, daughters-in-law Nancy and Maria, and grandchildren Zach, Nikki, Kristen, Jerzee, and Kimberly. She joins her beloved son Steven who died in 2019.

Photo Gallery
0 photos Upload a photo
Remembrances
0 entries Submit a remembrance
Memorial service
A private family service will be held in Menlo Park.
About this site     Contact us