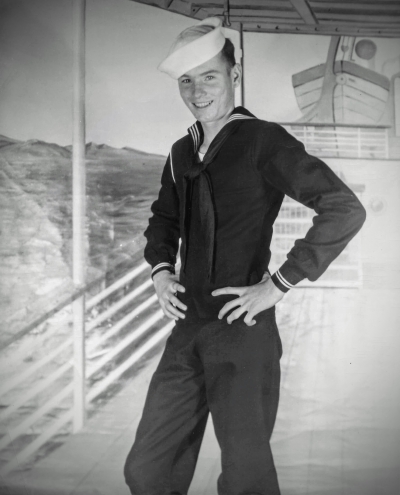 Thomas Edward McCrea, Sr., 87, of Palo Alto passed away on June 6 at the Palo Alto VA hospice, surrounded by family. Born June 18, 1931 in Philadelphia, Pennsylvania, the first of four sons born to Irish immigrants, William and Catherine (nee Clinton) McCrea. Tom had a long and varied career, but was always most proud of his service to country, starting with a 20-year career in the U.S. Navy and later with a 17-year stint in civil service at Tobyhanna Army Depot. In the Navy, Tom rose to the rank of Chief Petty Officer, and his experiences as an aviation metalsmith included multiple tours of the Arctic on an icebreaker, and working to support the dirigible fleet at Lakehurst Naval Air Station. Tom is survived by his wife, Helen, and their two sons, Thomas, Jr. and John. He is also survived by his youngest brother, Jerry. Tom and Helen moved to California in 2003 to be close to their granddaughter, Zoe, daughter of John and Deri (nee Collins) McCrea. Tom will be remembered for his dedication to country and family and for his unfailing sense of humor.