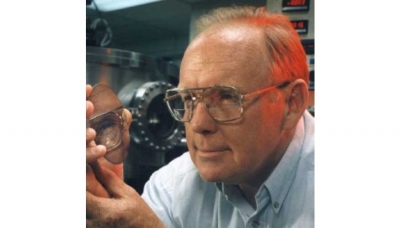 Born in San Diego to Anita Barbee and Troy W. Barbee, Sr. at the end of the Great Depression, Troy was a man of humble beginnings gifted with considerable athletic ability and a brilliant mind. Fueled by a relentless drive to learn and create, he lived a robust life, accumulating a remarkable collection of achievements, accolades and memories along the way.

An enrolled member of the Quechan Indian Tribe, Fort Yuma Indian Reservation, Winterhaven, California, he was raised by his mother, grandmother and maternal great-grandmother while his father served as a Warrant Officer in the US Navy during and after WWII. When asked about his time living on the reservation, Troy often shared memories of scorching hot summer days eased by the sweetness of ice-cold watermelon, castoff fruit given to them by the workers at a local produce packing facility, of swerving to miss jumping tarantulas, well camouflaged by their coloring, as he rode his bike along the dusty dirt roads. He also spoke of the times his elders made sure he and his cousin Gene ate while they went without. His early experiences in Yuma and San Diego fostered in him a formidable work ethic and a deep interest in the natural world.

At Hoover High School in San Diego, drive and talent brought him notice as a football player, earning him an athletic scholarship to Stanford University, and making him the first person in his family to attend college. While at Stanford he played three years of varsity football at tackle, playing on both offense and defense in most games. Troy earned three degrees at Stanford -- a B.S. in Physical Metallurgy from the School of Earth Sciences in 1959, and an M.S. and a Ph.D. in Materials Science and Engineering from the School of Engineering in 1962 and 1965. During his undergraduate years, he also met his first wife, Ann Hagey, with whom he raised four children while living in Palo Alto.

After earning his Ph.D., Troy worked as a materials scientist at the Stanford Research Institute before becoming the associate director of the Center for Materials Research at Stanford. It was during his time at the Center for Materials Research that Troy was first recognized by the Materials Office of the National Science Foundation for the making of new materials with multilayer synthesis technology. After 25 years at Stanford, Troy then joined the scientific staff of Lawrence Livermore National Labs, directing a research lab there for the next 30 years.

During a career spanning more than 50 years, Troy published over 300 peer-reviewed journal articles, edited two books, was awarded 28 patents and received four R&D 100 awards. He was a gifted inventor and remained at the forefront of multilayer and nanotechnology research until his retirement in 2015. The materials and processes he developed led to new optical instruments for soft X-rays, with applications from astronomy to semiconductor manufacturing.

Outside the research lab, Troy’s life focused on family and being an active member of the Stanford community. An avid Stanford Cardinal fan and supporter, and a member of the alumni association, Stanford was always his home away from home. Recognizing the accomplished elder and alumnus he was, the Native American Cultural Center at Stanford honored him by inducting him into its Multicultural Alumni Hall of Fame in 2015. His love of the outdoors and family showed during his entire life -- from Yosemite backcountry camping with his children (all younger than 10!) to celebrating more recent birthdays with extended family at Lake Tahoe.

Towards the end of his life he was known to pause and wonder at the depth and breadth of the life he had lived, saying, “Look at what that young kid from San Diego managed to do.”

Troy was preceded in death by his first wife, Ann, and his cousin Gene Moore. He is survived by his children, Troy W. Barbee III of Sunnyvale, Michael G. Barbee of La Manzanilla, Mexico, Christopher A. Barbee of Sunnyvale, Rebecca A. Barbee of Palo Alto; his second wife, Wendy Smith of Palo Alto, their son Jacob J. Bowland of Anderson, South Carolina, and four grandchildren. We will miss his sense of humor and boundless love for vanilla ice cream. A private family service has been held. A celebration of Troy’s life will be held on the Stanford campus on Sunday, March 15, 2020 at 2pm at Jimmy V’s Sports Cafe, located at 641 Campus Drive, Stanford, CA. All are welcome. In lieu of flowers, the family suggests donations in his memory to the Native American Cultural Center at Stanford (http://nacc.stanford.edu) or the Yosemite Conservancy (http://yosemite.org).

Photo Gallery
0 photos Upload a photo
Remembrances
0 entries Submit a remembrance
Memorial service
A celebration of Troy’s life will be held on the Stanford campus on Sunday, March 15, 2020 at 2pm at Jimmy V’s Sports Cafe, located at 641 Campus Drive, Stanford, CA. All are welcome.
Make a donation
In lieu of flowers, the family suggests donations in his memory to the Native American Cultural Center at Stanford (http://nacc.stanford.edu) or the Yosemite Conservancy (http://yosemite.org).
About this site     Contact us