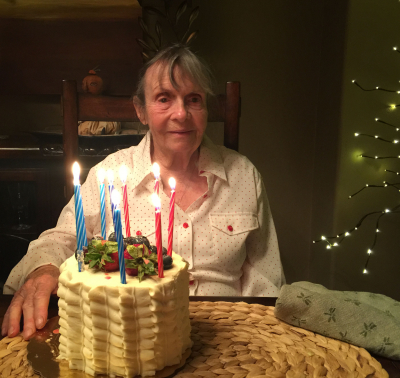 Virginia (Ginny) Allen, (Finch, Fugalstadt), of Pacific Grove, California passed away peacefully on the evening of May 5th, 2022. She was 87 years young.

Ginny was born in Boston Massachusetts and was an Honors Graduate of The Newton Wesley School of Nursing with an RN degree. She married her first husband, Larry Finch in 1955 in Boston Massachusetts and they had 4 children together. The couple moved to Manchester, New Hampshire, Seattle, Washington and Los Angeles, California before settling in Atherton, California in 1969. In later life she resided in Redwood City, California, New Hampshire and Orange County, California. She moved to the Monterey Bay Area in 2011 to be near her daughter and enjoy her retirement by the sea.

Ginny was very proud of her family and her nursing accomplishments. She was very active in all of the communities that she lived in. Most recently she was a member of the Vestry at St. Mary’s by the Sea, assisted with the I-Help Team and supported various community organizations through her volunteer work until her health prevented her from participating.

Ginny was a masterful quilter and seamstress and enjoyed making quilts for her grandchildren as graduation gifts and prayer shawls for the ministry team at St. Mary’s.

We will miss her strong personality and faithful support.

A memorial service will be held at St. Mary’s by the Sea, Pacific Grove, California on June 29, 2022 at 11:00am followed by a reception in Edwards Hall. The family invites all her many friends to join us.

In lieu of flowers, the family would encourage a donation to NAMI Monterey County, 1355 Abbot Street, St #3, Salinas, CA 93901, https://namimonterey.org