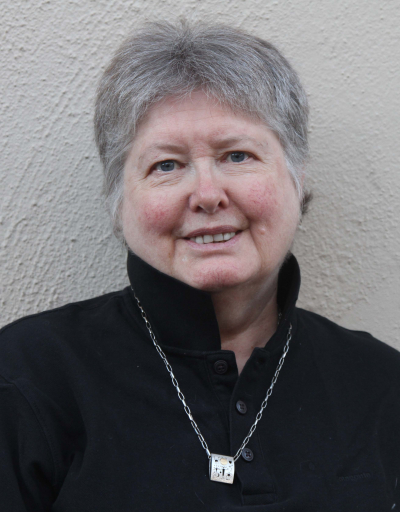 Wendy Smith, who lived in Palo Alto for many years, was born in Syracuse, NY, to Howard C. Smith and Hedwig L. Smith. She died in hospital in Salt Lake City where she was transported from her home in Bluff UT after a sudden decline.

Wendy always credited her father with teaching her about the natural world and her mother with encouraging her love of reading.

After graduating from high school and working for a few years as a bookkeeper, Wendy headed for California in the early 1970's to be near her brother Dennis and his family in Palo Alto. Ever the adventurer, she supported herself throughout her life with “day jobs” in administration and project management while pursuing her avocations, interests, and hobbies with gusto. Her true calling was body work; she became a gifted certified massage therapist and studied Rosen Method and Continuum Movement. She combined her love of movies and photography working as a photographer for the Telluride Film Festival for many years. She helped run river rafting trips in the Southwest and took workshops in animal tracking. She appreciated well-crafted things - and their makers - and collected Hopi, Zuni, and Navajo jewelry and figures.

On trips through the west Wendy fell in love, first with Telluride CO, where she lived during the later 1980’s and early 1990’s, and then with the red rock and canyon country of the Four Corners region. She built a house in Bluff in 1998 and split her time between Bluff and Palo Alto until her retirement in 2016. In Bluff her life-long interest in Native American culture grew to include studying and recording rock art and exploring ancient ruins in the canyons she loved, for several years accompanied by her rescue dog Willa. Wendy had a generous heart, a great sympathy for the underdog, and a never-ending curiosity - as well as strong opinions and sometimes frustration that not everyone was as competent and capable as she was.

She is survived by her brother Dennis Smith and sister-in-law Ellen Smith of Palo Alto, her niece Jennifer Smith of San Francisco, and her nephew Darren Smith and his wife Lynn Keating Smith and children Meghan and Austin of Bainbridge Island, WA, as well as many friends in California, Colorado, and Utah.

Memorial contributions would be gratefully received by the Friends of Cedar Mesa and the Bluff Animal Rescue Committee.

Photo Gallery
0 photos Upload a photo
Remembrances
1 entry Submit a remembrance
From Barbara Klein
Oct. 12, 2021
Wendy Smith shared wisdom, care about people's health and the value of indigenous people's respect for the land. She would be happy that the Bear's Ears monument is now protected.
Memorial service
No memorial is planned at this time.
Make a donation
Memorial contributions would be gratefully received by the Friends of Cedar Mesa https://www.friendsofcedarmesa.org and the Bluff Animal Rescue Committee https://www.bluffanimalrescuecommittee.org/
About this site     Contact us