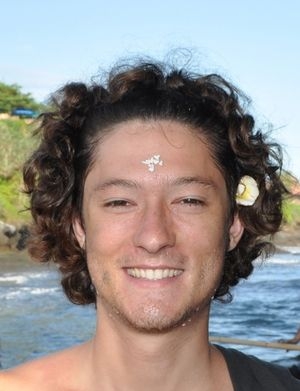 Wiley Thomas Birkhofer passed away on Sept. 30, 2014. Wiley was born in California on July 7, 1987, at Stanford Hospital, the first child of Wendell Wiley Birkhofer and Celeste Phaneuf Birkhofer.

He grew up in Menlo Park, California, where he attended Oak Knoll and Menlo Schools. Wiley flourished in academics and sports, especially basketball, soccer and lacrosse. He also became an avid skier, surfer and seeker of adventure. After graduating from Stanford University with his Bachelor of Arts degree in English in 2009, Wiley continued to pursue his love of writing. He completed his Master of Fine Arts degree in Creative Writing - Poetry at New York University in 2014.

Wiley recently achieved his goal of becoming an English professor, and was teaching at the Fashion Institute of Technology in New York City. He was planning to teach creative arts to underserved kids through Community-Word Project in the NYC School System. His work career also included teaching at Sacred Hearts School on Maui, Boys and Girls Club, and undergrad writing and poetry courses at NYU during his Master's program. He also had a stint at local tech start-up Thuuz.

While living in New York, his passion for creating art and music grew exponentially. Wiley made a lasting impression on many people. He deeply loved his family and countless friends. They will forever remember his uninhibited spirit, creativity, intellectual curiosity, sense of humor, sensitivity and compassion for others. Wiley is survived by his parents, sister Elise Marie Birkhofer, grandfather G. Wendell Birkhofer and ten aunts and uncles.

Photo Gallery
0 photos Upload a photo
Remembrances
1 entry Submit a remembrance
From ankit
April 20, 2018
If you have no other option after else this play online free checkers then here I want to give very humble request to all the online checkers game user of this website just go through the given link after it t...
Read more
Memorial service
A memorial service will be held at Stanford Memorial Church on Tuesday, October 21 at 2:30 p.m. Parking and shuttles will be available at Galvez Lot, at the corner of Campus Drive East and Galvez St. The reception to follow will be a private gathering.
Make a donation
The family suggests that donations can be made in Wiley's memory to the National Alliance on Mental Health (namicalifornia.org) or Community-Word Project (communitywordproject.org) in New York.
About this site     Contact us