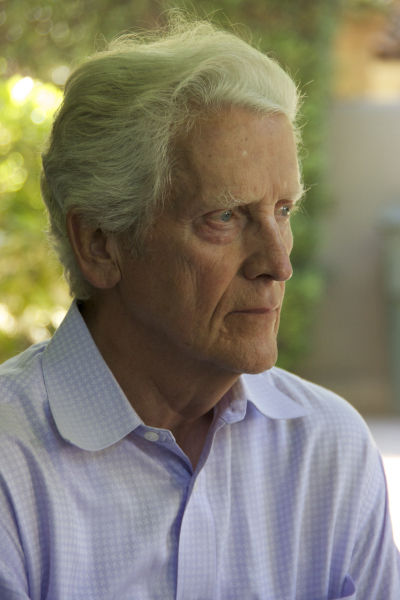 William Augustus (“Bill”) Fenwick of Palo Alto, California died October 4, 2021, at age 83. The arc of his life was sweeping, and his influence on his family, friends, colleagues and profession will be enduring. Born into poverty in rural Kentucky, to a sharecropper father who never attended school and a mother with just a third-grade education, he went on to be a founder and innovative leader of Fenwick & West, one of the world’s premier law firms focused on the needs of the technology industry. His improbable journey was made possible by remarkable personal fortitude and timely interventions of generous individuals and institutions that recognized his potential. For many years he made efforts to pay these interventions forward a hallmark of his own professional and personal life.

Bill was born into a tumultuous household near Curdsville, Kentucky, the youngest of five siblings who survived infancy. From a young age, he spent many summers and weekends working alongside a much older brother-in-law, a farmer named Anthony Cain who modeled integrity, hard work, and curiosity.

Following brief service in the Navy cut short by a medical issue, Bill graduated in 1957 from Owensboro Technical High School. He attributed his decision to return to complete high school principally to his love of basketball, which he played on the Varsity team and for years afterward.

After high school, Bill moved to Chicago in search of work that would pay more than his many prior part-time jobs. Over the next three years he worked his way up from mailroom clerk to advertising copywriter, then took a higher paying job in a steel mill to save for college. He also worked on the side as a plumber’s assistant handling nighttime and weekend jobs. And he undertook self-improvement initiatives, joining a “classics” book club, creating a “reverse dictionary” to expand his vocabulary, and taking some night school classes at a local college.

In the Fall of 1960 Bill began attending Southern Illinois University, a school known for educating first-generation college students. Upon his arrival he was invited to join a new honors program offering liberal arts classes to supplement his coursework in the undergraduate business school. In September 1961 he married Elwanda Decker, a Kentucky woman who joined him that Fall as a student at SIU. Despite his heavy class load and multiple jobs on the side, Bill was persuaded during his second year to run for student body president, winning election in May 1962.

As student body president Bill took on several then controversial issues, supporting student involvement in racial integration initiatives ongoing in Cairo, Illinois, promoting implementation of the university’s anti-discrimination policies in the local business community, and investigating allegations of mistreatment of SIU athletes. One professor named Irving Kovarsky took a special interest in Bill and guided him toward law school. In March 1964 came Bill and Elwanda’s first child, a boy. Decades later, Bill would be inducted into the College of Business Hall of Fame and awarded the university’s Distinguished Alumni Award.

In the Fall of 1964 Bill entered Vanderbilt University Law School armed with a scholarship and small stipend but still burdened by the need to support his young family, which would expand in February 1966 to include a daughter. An assistant dean at the law school arranged for Bill to meet with Genesco, a locally based company. With little to go on beyond Bill’s scores on a set of aptitude tests, Genesco offered him a 4pm – midnight position in its computer operations center. Bill held that position throughout law school, and with it the young man who had been a teen-ager before he’d lived in a home with electricity or indoor plumbing vaulted into the vanguard of the digital revolution. He was elected to the Law Review, authored a prize-winning paper on automation and the law, and graduated in 1967 near the top of his class.

Bill followed the advice of a law professor mentor and began his legal practice in New York City, joining a firm that had reacted positively to Bill’s interest in building a practice around issues concerning technology. At Cleary Gottlieb Steen & Hamilton, Bill’s technological acumen afforded him opportunities to pursue new areas of practice and to take on substantive responsibilities and leadership roles well beyond his seniority.

After concluding that he wanted to raise his children somewhere other than New York City, Bill joined a small group of young Cleary lawyers in 1972 to found a new law firm based in Northern California. The firm was ultimately named Fenwick & West, and the area in which it was headquartered came to be known as Silicon Valley.

Bill spent the rest of his career at Fenwick & West and held the title of Partner Emeritus at the time of his death. He served as the firm’s managing partner in its early phases of growth, litigated major cases, innovated methods of protecting intellectual property and structuring technology transactions, spoke and wrote extensively regarding privacy and technology issues, and counseled multiple generations of technology companies and entrepreneurs (including the young founders of Apple Computer, which became a longtime client). He was especially gratified that even when the law firm’s trajectory no longer depended on his own efforts, it held on to the egalitarian and respectful values that he had sought to instill. Throughout, he was uncannily prescient about the future impact of developing technologies. In 2001 he received the Bernard E. Witkin Award from the California Judicial Council for his service in advising the Council and the courts on the use of information technology. In 2015 he was honored with a Lifetime Achievement Award by The American Lawyer magazine.

Through all his success, Bill was never far from his past as a poor kid confronting overwhelming odds. He maintained an aversion to the trappings of hierarchy in the workplace and a commitment to giving opportunities to talented individuals who were early in their careers, lacked conventional credentials, or were themselves trying to overcome humble beginnings. These characteristics and his profound commitment to mentorship endeared him to scores of young lawyers and non-lawyer staff who worked with him, and to many others who came across his path.

As a young man who had confronted more than his share of hardship, Bill found himself attracted to the philosophy of stoicism. Those close to Bill appreciated that his stoic aspirations could not constrain his dry sense of humor, the mischievous spark that sometimes flashed in his eyes, and the way he melted in the presence of babies and toddlers.

The last couple decades of Bill’s life revolved largely around his five grandchildren, Christopher Bene (Daria) and Zachary Bene (children of Tammy and Stephen Bene), and Grace, Francis and Eleanor Fenwick (children of Anthony and Dana Fenwick). He was a constant presence in their lives, providing an extra set of hands to corral them as toddlers, conjuring adventures with them around the neighborhood, transforming his home into a playground, and enthusiastically attending hundreds of youth sports events (even coaching a few teams). He had a gift for nurturing a unique relationship with each of them, and each of them will remember him adoringly for the rest of their days.

Photo Gallery
0 photos Upload a photo
Remembrances
0 entries Submit a remembrance
Memorial service
n/a
Make a donation
The family requests that any gifts made in Bill’s honor be directed to Pursuit of Excellence (https://www.poescholarships.org), a college scholarship program that provides financial support and mentoring to first generation, low-income, local high school students.
About this site     Contact us