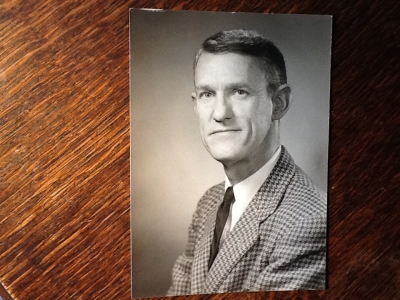 William S. Schuyler -- writer, educator and resident of California since 1950 -- died of respiratory failure on Oct. 17, 2013, at Webster House in Palo Alto. Born in St. Louis, Mo., on July 5, 1912, Bill attended public schools and John Burroughs School there. His undergraduate years were at Harvard and Washington Universities. He received a B.A. Degree in English at Washington University. He married Dorothy Church in 1938. They built a guest ranch near Santa Fe, N.M., in 1941. WWII and rationing caused them to sell the ranch to a boys school. Bill served three years in the Navy, with six months in the Pacific Theater, including Okinawa. Following the war, he received a master's degree in English literature and creative writing and a doctor's degree in education at Stanford University. He taught in the California state universities until his retirement in 1972.

He is survived by his daughter, Barbara Schuyler, and her wife, Patricia Wilson, of Sykesville, Md.; her sons Ben S. Tucker (Jessica) and new baby, Miriam, of Plymouth, Minn., and Aaron D. Tucker of Lynnfield, Mass. Bill's son, Thompson C. Schuyler predeceased him in 1989.

Charitable donations may be made to the Webster House Fund, 401 Webster St., Palo Alto, CA 94301. Gifts in memory of William S. Schuyler will be used for programs to promote fun and learning, fellowship and the life of the mind.

Photo Gallery
0 photos Upload a photo
Remembrances
0 entries Submit a remembrance
Memorial service
A memorial celebration was held at Webster House on Oct. 23, 2013.
About this site     Contact us