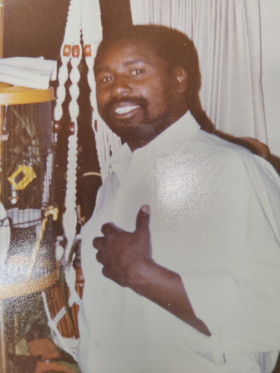 Herbie was raised with his mother, grandmother (Minnie ‘Madea’ Heath), sister, Aunt Mattie, and cousins in Northside and Southside, Texas. In 1962, his family relocated to California and moved to Redwood City with his grandmother. Upon their arrival, the family joined Little Flock Church of God in Christ under the auspices of Elder E.J. O’Neal, where he was an active Sunday school student, sunshine band member and junior usher. Herbie attended Fair Oaks Elementary School, McKinley Junior High and graduated from Sequoia High School in 1969. While other children were out playing, Herbie started his own paper route and became the neighborhood paperboy in the Fair Oaks community. Herbie joined the Marine Corps Reserve in 1971, moved to North Carolina and served during the Vietnam War on active duty as a PFC until the war ended in 1975. After an honorable discharge, Herbie returned home to help take care of his mother and grandmother.

Herbie was known for his love for the newspaper, a cup of Joe and finding laughter in anything. He had a special love for his nieces and nephews and his sister he affectionally called “Bossy.” Herbie was very independent and to stay on the go. He loved to eat any food that was put in front of him. To God Be the Glory!

He proceeded in death by his father, mother, grandfather and grandmother.