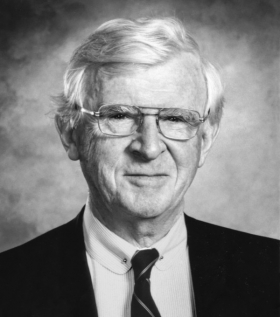 Dr. Philip R. Lee was a dynamic and trail-blazing leader during challenging times. He showed leadership as a practicing physician, advocate, teacher, mentor, researcher, policymaker, adviser, and academic administrator. He had an unswerving commitment to the needs of the disadvantaged, including the elderly, the disabled, and those without access to care. At the same time, he was able to encourage even-handed and respectful policy debate among parties with divergent views that facilitated and led to innovative, effective and enduring solutions. Dr. Lee’s career was devoted to improving health care and public health for all people, and he did this by helping to shape policy at the local, state, federal and international levels.

Born in San Francisco in 1924, Dr. Lee later moved with his parents, three brothers and sister to the Portola Valley area, not far from the group practice founded by his father. As a member of the US Naval Reserve, he was on active duty as a physician from 1943-46 and again from 1949-51 during the Inchon invasion in Korea. Dr. Lee completed his undergraduate and medical training at Stanford followed by fellowships at New York University and the Mayo Clinic in physical medicine and rehabilitation; he also earned a masters of science degree from the University of Minnesota and taught at NYU and at Stanford. While a physician at the Palo Alto Medical Clinic and a faculty member at Stanford, he was already beginning to explore policy interests and was a founding member of the Bay Area Committee for Medical Aid to the Aged.

Dr. Lee contributed to global health during his 1963-1965 tenure with the Agency for International Development as Director of Health Services. and as an advisor to health policymakers in many countries. At USAID he drafted the first U.S. policies for international family planning services and helped to strengthen the Agency’s health and nutrition program.

During protests for equal rights in the late 1960s, Chancellor Lee worked closely with the UCSF Black Caucus, a group of employees who had organized service workers on campus. Lee addressed grievances and demands raised by the Caucus regarding unequal pay and other discriminatory employment practices.

Dr. Lee contributed to the health of the nation as Assistant Secretary for Health in two administrations, first from 1965-69 and again from 1993-97. During the first eight months of 1965, more than 80 landmark bills were passed: Medicare and Medicaid; Health Professions Education Assistance Amendments; Heart Disease, Cancer, and Stroke Amendments; the War on Poverty; Job Corps; Food Stamps; and Head Start. He also led the effort to establish the National Center for Health Services Research (now the Agency for Healthcare Research and Quality). Especially significant was his work in developing policies for the newly created Medicare program, particularly funding of graduate medical education and the joint effort by the Public Health Service and the Social Security Administration to desegregate 1,000 of the nation’s 7,000 hospitals. The hospitals had to comply with provisions of the Civil Rights Act to receive federal reimbursement. During his 1993-97 tenure as Assistant Secretary for Health, major health care reforms were again proposed but not enacted by Congress. From 1986-93, Dr. Lee chaired the congressionally mandated Physician Payment Review Commission. He also served on numerous other government, foundation, and private sector committees addressing issues affecting health and health care in the U.S.

Dr. Lee also contributed to the health of all Californians and to the advancement of the University of California, San Francisco during his tenure as UCSF’s third Chancellor (1969-1972) and as Founder and Director of the UCSF Institute for Health Policy Studies (1972-1993). As Chancellor, he was known for his commitment to academic excellence and affirmative action. It is noteworthy that the Institute was the first health policy unit in an academic health sciences center to bring together a multidisciplinary group of faculty to address complex health issues. In 2007, UCSF celebrated and recognized Dr. Lee’s vision and legacy by renaming the Institute in his honor. The Philip R. Lee Institute for Health Policy Studies continues to conduct multi- and interdisciplinary health policy and health services research to contribute to the solution of challenging health policy issues and to train future health policy leaders.

Dr. Lee worked to improve the health of people in San Francisco, particularly during his term (1985-1989) as President of the then newly established Health Commission of the City and County of San Francisco.

While Dr. Lee’s major contributions in these areas benefited many, perhaps most rewarding to Dr. Lee himself was his mentoring of hundreds of individuals who aspired to have a role in the health policy arena. He listened to them, shared with them his passion for his work, challenged them to think creatively and not shrink from controversy, connected them with a multitude of resources and networks, helped them to face and work through problems as they arose, and was the consummate role model for them because of his exceptional accomplishments, leadership, vision, enthusiasm, integrity, tenacity, and compassion. Many of these individuals have in turn become stars and made contributions at the international, national, state, and local levels through their roles in academia, public health agencies, professional associations, foundations, and the private sector; most of them have become colleagues and life-long friends.