Original post made by Jack Hickey, Woodside: Emerald Hills, on May 17, 2016 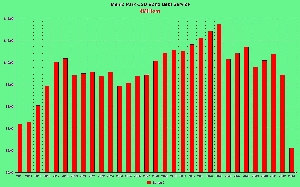 Like this comment
Posted by Jack Hickey
a resident of Woodside: Emerald Hills
on May 17, 2016 at 2:07 pm

Report Objectionable Content
Email Town Square Moderator
2 people like this
Posted by Alex
a resident of Atherton: other
on May 20, 2016 at 1:01 pm

Thanks for highlighting the real cost per student is actually higher than what most people think it is. Most data sources just include operating costs per student, while you are taking account both operating and capital costs. Homeowners should be aware of both these costs as they represent a complete account of the yearly tax burden:
1)the district's part of the general property tax
2) ongoing bond principal and interest repayment (MENLO PK EL 2005 REFUNDING SER)
3) four current parcel taxes

Speaking of school bonds, the Merc has an article today on how Bay Area districts withhold key tax information from voters when they put bonds up for a public vote.
Web Link

Report Objectionable Content
Email Town Square Moderator
2 people like this
Posted by Menlo Voter.
a resident of Menlo Park: other
on May 20, 2016 at 1:37 pm

thank you for that great link.

From the linked article: "School officials could easily be transparent. They just don't want to."

It's time we demand total transparency.

During the recent Menlo Park City School District Election, I discovered that the cost per ADA used by the district did not include property tax funded debt service on bonds ($2104 per ADA per SMC Controllers's Office) or debt service for bonds used to fund matching grants received by the district.($368 per ADA per Dan Kaplan of the Legislative Analyst's Office) And then there is "on behalf" state funding of CalSTRS unfunded accrued liability or UAL for district teachers ($1,173 per ADA).
MPCSD cost per ADA will exceed $20,000 within 2 years. (sooner if the district caves in to teacher union demands for retroactive pay increases in a current re-negotiation of their contract)

I forgot to mention the districts share of SMCOE and CDE administrative costs.($842 per ADA))

And, what about the Legislature's cost of maintaining the convoluted education Code? Also, San Mateo County does not charge the district for costs incurred in administration of the district's parcel tax collections, debt service admin, etc. I'm sure I missed something, but you get the picture.

Wouldn't it be a better world if parents got a piece of that $20,000 in exchange for re-assuming full responsibility for the education of their children?

The MP City Council Changes Downtown Street Closures Again and Extends the Trial Into 2021. Is this Enough?
By Dana Hendrickson | 10 comments | 1,284 views

'Ignoring what's wrong has never made anything right'
By Diana Diamond | 4 comments | 1,225 views