Can council meetings be more efficient and/or more fair?

There is a simple solution: Bifurcate an agenda item into public hearing evenings and action meetings. This gives the council time to digest comments. The action meetings would be limited just voting – and could just last a couple of hours. There may be a technicality about closing public discussion: the ‘public’ hearing may need to be continued to the action evenings, with ‘closing’ the public hearing the first action for a topic.


B. Is it time for a seven – member council?

Improvements afforded by moving from a 5-member to 7-member council. I wrote up the following commentary years ago. There are benefits and drawbacks. The obvious drawback is more blathering. When I was on the Planning Commission a seven-member panel worked fine, and allowed members more flexibility in accommodating their professional and family lives without breaking a quorum.

A 5-member city council may induce limitations on good governmental procedure. There are several examples where this constrained the output of the council.

i. Meetings can halt with the absence of one member.

A glaring example is the cessation on council deliberation when one member is missing. On September 21, 1999 the council meeting comprised of three members abruptly halted when one councilmember left the meeting due to loss of quorum. On May 12, sensing a voting deadlock on balloting or rescission of the radioactive residential zoning Ordinance 926, the 4-member Council continued the discussion to a future meeting when the aforementioned council member would be present.

Another problem showing itself example is limitation on representation of a spectrum of subject matter views. This is aggravated by the existence of ‘voting blocks’. One councilmember merely echoing the vote of another denies the public the benefit of getting to consensus based on the merits of ideas. This is a problem on major decisions.

A 5-member council also creates a problem on views on subcommittees. Subcommittees are limited to a minority of the council, that is, 2 members. Where there is a ‘block’ on the council, 2 members may not be enough representation. One memorable instance was the subcommittee composed of former Councilmember Dubos and Winkler to rewrite the city’s mission statement – removing ‘Quality of Life,’ which at the time raised eyebrows.

With a wider council bench it is easier to tolerate and absorb the occasional aberration.

In addition to the local council and city business, the five council members must also participate in external regional committees and bodies. This is easier with 7 instead of 5 council members.

What happens when there is more qualified people available the council than open seats? Does this shortchange the process overall. Are people running because of ability to get elected rather than for their capabilities once on the council? A large council would smooth this out. Of course, a 5-member council would function marvelously with better selection in the first place.

I feel I bear some responsibility that this is upon us, as a consequence of my Almanac post of October 14, 2016, which presented this picture of the lopsided distribution of Council Members across the city. See, 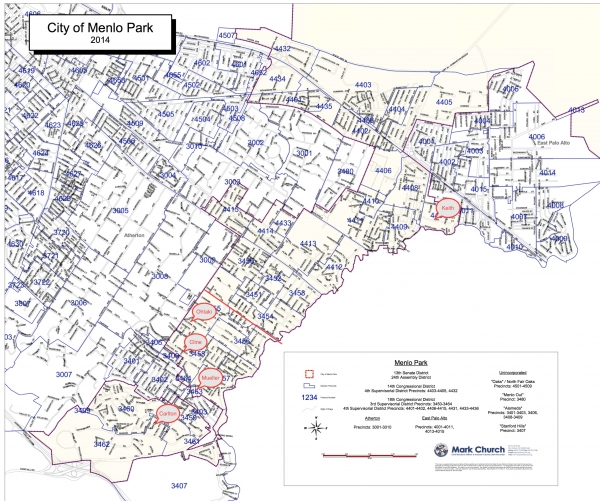 
One possible way to improve the protracted delay of public comments is to revise the agenda order at the beginning of each meeting, as is done by the Fire Board, so that topics on which the public is waiting to be heard are moved to the front of the agenda.


Another mechanism is to rely more on committee reviews to then place more items on the consent agenda.


The short answer to your headline question is: no. By that I mean that they could but they won't. The five member council will be quite reluctant to share it's current (one fifth) power with two more council members. As you point out, this issue has been floated around for at least the twenty years I have been a MP resident. Once seated, our council members are quite happy with the existing number of chairs.


Like a lot of people who are unsuccessful politically, Stu (and Martin, for that matter) uses process complaints to obscure the fact that his positions and favored candidates just aren't that popular. I guess a 7-person Council would increase the likelihood that an outlier NIMBY could be elected, but it's clear the overall city favors smart mid-rise redevelopment and the majority is going to vote for that for the foreseeable future.


last night two petitions with over 500 signatures gathered over the course of three days in the Willows neighborhood were presented to the City Council demanding something be done about traffic. the scales have tipped. Menlo Park has had enough development.

The only people are Kirsten Keith who lost running for Supervisor slot; Mickie Winkler and Lee DuBoc, who were not returned to council for a second term.

The only people are Kirsten Keith who lost running for Supervisor slot; Mickie Winkler and Lee DuBoc, who were not returned to council for a second term.

The Fish Market to remain in Palo Alto despite sale of property to developer
By The Peninsula Foodist | 8 comments | 4,677 views

Memo to PA Police Chief Jonsen: What are you hiding from us? And why?
By Diana Diamond | 28 comments | 1,920 views