An Alternative View
by Diana Diamond
Can the Memphis police behavior ever happen here?
Feb 1, 2023 | 10 comments

A New Shade of Green
by Sherry Listgarten
Doing more with the natural spaces we have
Jan 29, 2023 | 8 comments

The series of atmospheric rivers that hit California in the months of December and January certainly improved the state's snowpack, state water officials confirmed during their second snow survey of the year.
Thursday, 12:20 PM

A fire that broke out late Wednesday night at a Midtown shopping plaza destroyed Bill's Cafe and AJ Cleaners before firefighters extinguished it.
Thursday, 11:06 AM

Woodside sends housing plan to the state but doesn't adopt it

With three options on the table and a looming state-mandated deadline on Jan. 31, the Woodside Town Council agreed to include fewer units on town-owned sites in its housing strategy, but stopped short of adopting the plan. Thursday, 10:14 AM

The Board of Supervisors honored the victims of last week's mass shooting in Half Moon Bay to start its regular meeting on Tuesday, as supervisors pledged to improve living conditions for farm laborers. Thursday, 11:14 AM

Menlo Park sends housing element to the state for round two

The Menlo Park City Council got its housing element in under the wire, certifying and adopting it Jan. 31 on a 4-1 vote, with Drew Combs opposed. Thursday, 10:14 AM 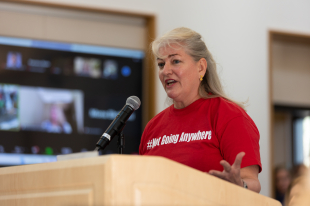 Atherton guts most of multifamily housing from plan it's sending to state
Around 250 people turned out for Atherton City Council's Tuesday meeting to sound off about the town's contentious efforts to craft a state-approved plan for building housing over the next eight years. Wednesday, 11:06 AM | 10 comments

Since a mass shooting on Jan. 23 that killed seven people on two mushroom farms in Half Moon Bay, roughly 40 residents who lived on-site have been staying in nearby hotels, with no estimate of when they can return. Tuesday, 4:50 PM

A child was attacked by a mountain lion in unincorporated San Mateo County, the Sheriff's Office announced on Tuesday. Wednesday, 10:05 AM | 1 comments

Stanford scrutinized over deputy who drew gun on Black man

Stanford police are under scrutiny after an officer drew a gun on a Black driver over the weekend, an incident that has gained national attention following a viral Twitter thread from a witness. Tuesday, 2:28 PM | 2 comments

MidPen Housing is accepting applications for tenants to have a chance in the lottery for affordable units at the Gateway Rising development on Willow Road. Applications are due by Feb. 17. Tuesday, 12:06 PM

Frigid temperatures have returned to the Bay Area, prompting the National Weather Service to issue frost advisories and freeze warnings for much of the region. Tuesday, 2:25 PM 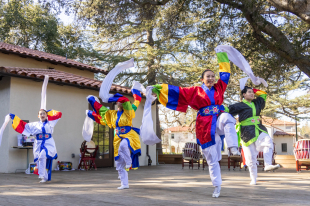 San Mateo County Board of Education Trustee Joe Ross has announced his resignation from the board this week, effective March 16. Tuesday, 9:44 AM

Menlo Park police are seeking the suspect in a hit-and-run collision on Jan. 26 involving two vehicles on Marsh Road near Highway 101 that resulted in serious injuries to at least one person. Monday, 5:25 PM

A pot of $545 million destined for new projects in the Bay Area may soon be released from escrow after litigation over a 2018 ballot measure on bridge toll increases finally comes to an end. Monday, 4:03 PM

With its new home at Children's Health Council in Palo Alto, the Schwab Learning Center's reach is now expanding beyond Stanford to the wider community. Monday, 10:57 AM

Steph and Ayesha Curry penned a letter to Atherton officials saying they are against developing a lot near their house into multifamily housing. Friday, 1:49 PM | 12 comments

Think you're juggling a lot? Go behind the scenes of the Game of Throws circus arts festival in Palo Alto