Uploaded: Nov 5, 2019
In a ramen world dominated by tonkotsu broths, Afuri Ramen + Dumpling takes the road less traveled. It's best known in Japan for its yuzu shio ramen, built from a chicken broth that is slow cooked — never boiled — over many hours.

The Tokyo-born chain is opening its first California location in Cupertino tonight, Tuesday, Nov. 5. The restaurant is located at a shopping center at 20803 Stevens Creek Blvd., #110. 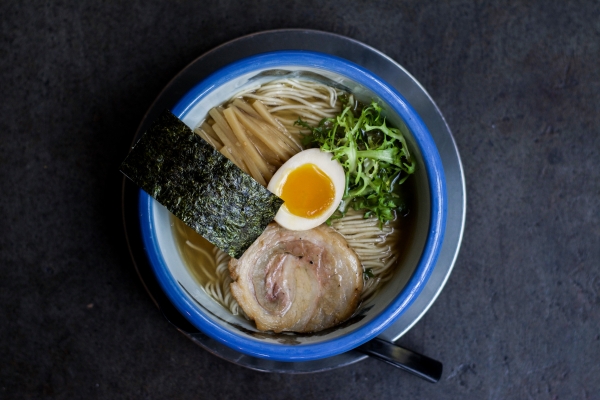 Afuri started in 2003 as a single ramen shop at the base of Mount Afuri in Japan. Founder Hiroto Nakamura took inspiration from the pristine water that flowed down the mountain (it was considered a sacred place where people prayed for a good harvest) and served a light, clear broth, rather than the rich and cloudy tonkotsu style.

Afuri eventually expanded throughout Japan with more than a dozen locations and arrived in the United States in 2016 with a location in Portland, Oregon, which they chose for its water quality, CEO Taichi Ishizuki said. About a year later the company opened in Portland Afuri Ramen + Dumpling, a counter service concept with both ramen and dumplings. There are now Afuri outposts in Hong Kong, Singapore and Portugal.

Ishizuki said they see ramen as a vessel for sharing Japanese culture internationally.

"We hope to bring something new, something different," to the local ramen scene, he said.

At Afuri Cupertino, this means a blend of both traditional and modern dishes. Customers can order the signature yuzu shio ramen, which comes with thin noodles, charcoal-grilled chashu pork, bamboo shoots and an egg, but there’s also a vegan ramen made from hazelnuts, vegan gyoza filled with miso and cashew and other ramen styles such as tsukemen and tantanmen. The vegan ramen is served with thicker noodles so that the rich, creamy broth clings to them.

In response to American customer requests, Afuri eventually added a tonkotsu to the menu. (Neither the tonkotsu or the vegan ramen are served in the restaurants in Japan.) Diners here also have the option of choosing gluten-free noodles for any ramen.

Like in Portland, the Cupertino restaurant will run regular ramen specials, such as a broth-less mazemen or hiyashi, a cold seafood-topped version.

Because the Cupertino kitchen isn't large enough to accommodate a noodle-making operation, the noodles are made by a local supplier using flour sourced from Japan and Afuri's own recipe. Afuri plans to open a second location in Mountain View next year, according to MacDonald. With more space, they'll be able to make the noodles in house. 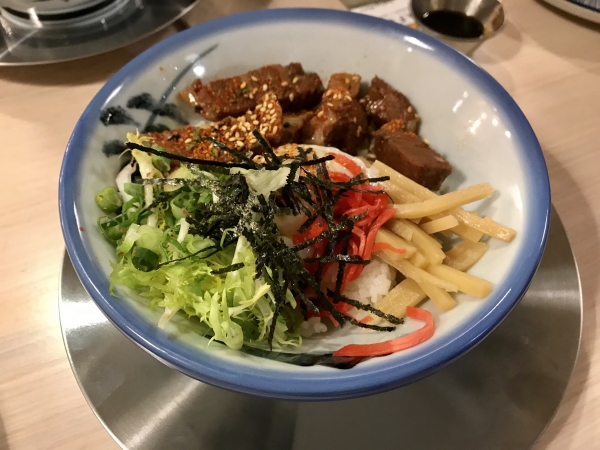 The Afuri menu also includes a gohan section with rice bowls, such as the above version with chashu pork, a slow-cooked egg, bamboo shoots, frisée, green onion, pickled ginger, togarashi and nori. Photo by Elena Kadvany.

At the 54-seat Afuri Cupertino, customers will place their ramen orders from large touch-screen tablets, the restaurant's "modern" take on the ubiquitous ramen vending machines in Japan, said Director of Culinary Operations Grant MacDonald. Diners can still pay with cash, however. The kiosks allow customers to customize their ramen orders, adding or removing toppings, but all add-ons are served on the side to preserve the kitchen's presentation. 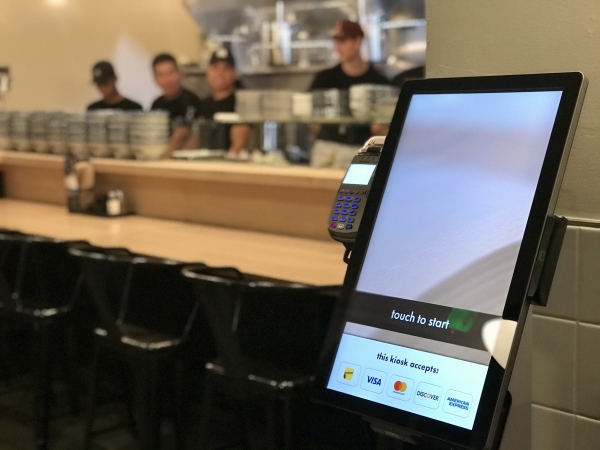 One of the flat-screen ordering kiosks at Afuri Cupertino. Photo by Elena Kadvany.

Afuri Cupertino will open for dinner only first (5-9 p.m. Sunday-Thursday and until 10 p.m. Friday-Saturday), then add lunch hours in the next few weeks. The restaurant will be open seven days a week. Once the space's liquor license is approved they plan to serve low-proof cocktails. The restaurant presses juices for drinks daily, including for a yuzu limeade and ginger ale.

Afuri is just the latest in the ramen wave to hit the Bay Area, following Ramen Nagi in Palo Alto and Santa Clara, Taishoken in San Mateo. Acclaimed Japanese chain Ippudo and LA's Silverlake Ramen are also set to open on the Peninsula this and next year.


I guess this ramen is not the same stuff I'd live on while backpacking in the Sierras.

Report Objectionable Content
Posted by chhaviydv, a resident of Menlo Park: Stanford Hills,
on Jan 28, 2020 at 1:51 am
chhaviydv is a registered user.

Can the Memphis police behavior ever happen here?
By Diana Diamond | 41 comments | 2,384 views