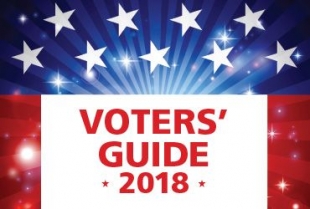 Betsy Nash is my neighbor and a responsible member of the Menlo Park community. Betsy help lead the charge that created a safe sidewalk on SCA without throughing homeowners under the bus. She is an advocate for the increasing number of bicycles and pedestrians on our streets without throughing the business owner under the bus. We need someone on the council who Actually Lives on the Main Street of our City....Vote Betsy Nash

Is it true that Santa Cruz Ave home owners all got ten feet of FREE city right if way to convert to their personal property?

Dagwood is a registered user.


Hello Land Grab: No such transfer of property rights occurred. The city always retains their right-of-way easements. Because half of MP is without sidewalks, dating from its semi-rural past, homeowners have for decades incorporated city property into their front yards or gardens. That landscaping is generally considered a plus for neighborhoods, certainly better than leaving an untended barren strip. When sidewalks are introduced, there is no change to property lines.

Report Objectionable Content
Email Town Square Moderator
9 people like this
Posted by Lynne Bramlett
a resident of Menlo Park: Central Menlo Park
on Oct 13, 2018 at 9:35 am

Lynne Bramlett is a registered user.


Thank you, Kate, for this overall informative article. While serving as a Library Commissioner, I started paying closer attention to MP’s local government and I’ve concluded that MP needs serious reforms. Our current approach is too staff-driven and we lack the kind of accountability, oversight and transparency measures that progressive cities adopted years ago.

I liken our current governing approach to a parent-child relationship. Residents are mostly treated like children where we are told what’s good for us and then we are asked to hand over our wallet to pay for it. Instead, we want an adult-to-adult relationship with Council and staff.

Reforms need to start with our elected officials. Those serving need to have unquestioned integrity and a sincere commitment to the public good. They need to carefully read staff reports, raise questions about the status quo, learn from progressive cities, and actively manage the City Manager’s job performance. They also need personal courage and the ability to stand up for what is right.

It’s time for a change in our elected leaders. I actively support Cecilia Taylor for District 1 and Drew Combs for District 2. Both offer fresh and insightful ideas, and both can be trusted to take a resident-focused approach while conducting themselves with complete integrity.

For District 4, I would like to see new leadership. I also beg to disagree with the article’s opening characterization of Peter Ohtaki as a “numbers guy.” While he may have this skill set, he’s not using it to provide meaningful financial oversight of MP’s spending. I speak as someone who started attending Finance & Audit Committee meetings and who started reading the financial reports carefully.

Items on the Council’s Consent Calendar too often represent the first step towards what could become a costly capital improvement project. Most are approved without discussion. In this way, Consent Calendar items are like Trojan horses that easily enter Menlo Park due to our inadequate financial oversight defenses.

The Burgess Pool contract generated much public opinion in response to an Almanac article. Clearly, it’s time for a performance audits of Menlo Park’s aquatics program. However, calls for one went unheeded. By the way, the person whose company has our Burgess and Onetta Harris pool contracts serves on the Parks & Recs 20-year master plan update advisory committee. These meetings are closed to the general public although minutes have been posted later.

Until recently, the most recent information for our audited bills (vendor payments and payroll) was 2015. Web Link I’ve written several times asking for current information. Today, I see that Vendor Payments now include 2018 information but the ones for 2016 and 2017 are missing. The most current payroll information is from 2015. For financial transparency, this information needs to be posted. Residents need Council members who will actually provide financial oversight.

Report Objectionable Content
Email Town Square Moderator
Like this comment
Posted by What about 3 and 5
a resident of Menlo Park: Linfield Oaks
on Oct 25, 2018 at 8:47 pm

What happens with district 3 and 5 then?

Portland's Thai food darling Pok Pok will be popping up on the Peninsula this spring
By Elena Kadvany | 2 comments | 3,478 views

Flying: How to lower your impact
By Sherry Listgarten | 18 comments | 2,892 views