Flegel's building is for sale but business to continue as usual 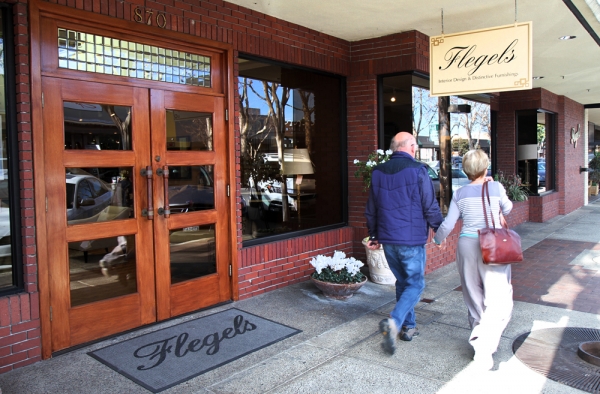 In 2014, Flegel's celebrated its 60th anniversary in Menlo Park and was recognized as "Small Business of the Year" in state Sen. Jerry Hill's 13th Senatorial district. (Photo by Michelle Le/The Almanac.) 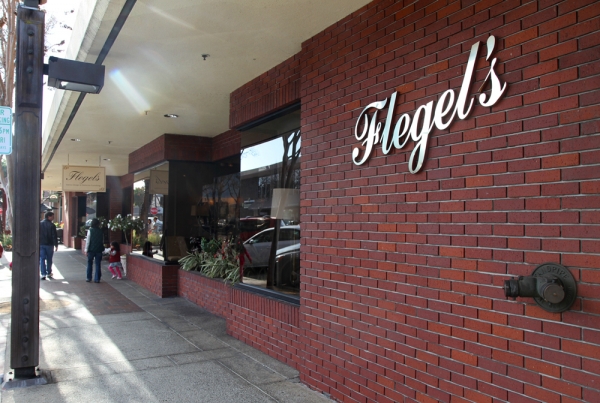 The Flegel family, which owns and operates Flegel's, located at 870 Santa Cruz Ave. in downtown Menlo Park, has decided to sell the building but plans to keep the business running as usual, according to general manager Brian Flegel. (Photo by Michelle Le/The Almanac.)
Previous Next

The Flegel family has decided to sell the building, but plans to keep the business in place.

"Nothing is happening to the business. Everybody is going to stay employed. The business is fine," Flegel told The Almanac.

"We've been paying rent to the family trust. Now we'll pay it to someone else."

An online listing saying that the building is to be delivered vacant on a month-to-month lease is inaccurate, Flegel said. "They effed that up," he said. "They're supposed to change that."

Flegel's building is for sale but business to continue as usual

The Flegel family has decided to sell the building, but plans to keep the business in place.

"Nothing is happening to the business. Everybody is going to stay employed. The business is fine," Flegel told The Almanac.

"We've been paying rent to the family trust. Now we'll pay it to someone else."

An online listing saying that the building is to be delivered vacant on a month-to-month lease is inaccurate, Flegel said. "They effed that up," he said. "They're supposed to change that."

According to San Mateo County tax records the current owners of 870 Santa Cruz Ave pay $12,703 per year in property taxes. If the property sells for the $22m asking price the new owners will pay more than $220,000 per year in property taxes. Does this strike anyone as a rational, or desirable way to tax property? The only reason the property taxes will increase because of the sale. Otherwise the owners would continue to pay property taxes with a base year of 1975-76, with a 2% per year escalator. What percentage of a teacher’s annual salary will $12k pay for? How many potholes can be repaired in a year with $12k?
Commercial property owners have been getting a free ride off Prop 13 for far too many years on the backs of a majority of residential property owners for far too long. It is long past time the voters of California act to end this insane taxing structure which has directly caused a decline in the quality of our schools, transportation systems, parks, etc., etc., etc. The current property taxing structure is also anti-competitive. How could you hope to compete with a business enjoying a 1975 property tax base?
I hope local voters will support the 2020 ballot measure to reassess commercial property in a more realistic fashion that will benefit both the business climate and those of us who use public facilities funded by property taxes, which of course is all of us.

Nearly all retail and industrial (commercial)properties leased in the past 15 years are leased on triple net leases. This means that the tenant, (business owner, not property owner) will pay the property taxes, insurance and operating expenses. The rent check paid to the property owner is net of all expenses. All expenses are passed onto the business owner. Any commercial property owner with a
gross lease' will renew the lease as a triple net lease if this passes.
This leaves the business operator (tenant) paying all these tax increases. For the business to survive, these increases must be passed onto the customers.

Don't be misled. This proposal to increase property taxes on commercial property owners will paid for by you and me, the public.

This will happen, also, when Menlo Park imposes the newly passed $15 per hour minimum wage. The cost is ultimately passed onto the consumer.

Who's Driving the Bus? I think you need help understanding how business handles any cost increases. They pass them on to the consumer. In fact all costs (labor, material, taxes, insurance, utilities) are paid by the consumer. So when people get excited they raised the minimum wage to $20/ hour or property taxes increase to $220,000 per year you actually pay for the increases. The business passes it on to you. In summary, the business does not get a free ride; the consumer gets the privilege of paying for all these feel good business taxes and programs. And, if consumers don't pay the business shuts down ( Village Stationers, Jason's Coffee Shop, Oasis, Applewood Pizza, Su Hong, Starbucks on El Camino, Nak's, Head over Heals,Parkgate,) Then you have unemployed people and empty stores with no taxes for the city. But, you can feel very smug that you stuck it to the rich companies not realizing you really stuck it to a human trying to make a living for he and his family.

Who's Driving the Bus?

Let me say I support Prop 13. It has served its purpose well. You are saying how much money the schools could get and how the property taxes for those commercial properties could be spent on so many things. Well San Mateo county is not hurting for money, what it is hurting for is better fiscal management (that goes for California as well). If you check the Almanac several months ago they had an article about property tax revenue and how the property tax basis in Menlo Park increased by over 10% last year. That means the schools also got a 10% increase. Will they pass this along to the teachers? probably not.