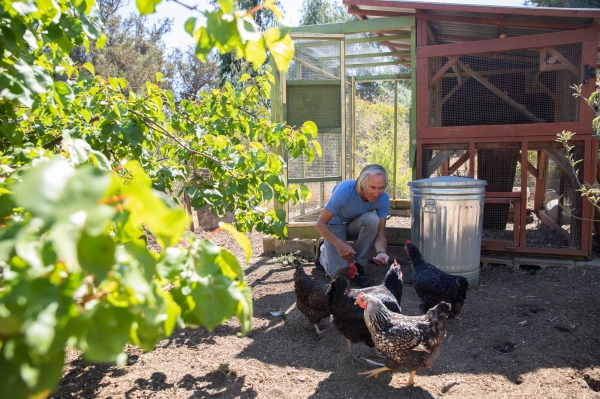 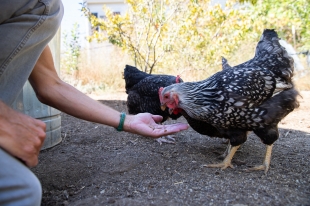 Since 2012, locals have biked around Silicon Valley every fall to get a peek inside residents' backyard chicken coops.

But this year, organizers of the Silicon Valley Tour De Coop opted to cancel the annual daylong chicken coop tour, which was scheduled for Sept. 14, because of a disease spreading among chickens in California.

"Sadly, we are cancelling the Silicon Valley Tour De Coop for 2019 due to safety concerns of the highly contagious chicken virus call[ed Newcastle," organizers told prospective attendees in an Aug. 1 email. "There is a 120 day restriction waiting period since the last recorded find of the virus, and the date when restrictions could be dropped does not come until October 2019, after the scheduled coop tour event."

Virulent Newcastle disease is spread by direct contact between birds through coughing, sneezing and droppings. Although the disease rarely affects people, they can spread the virus by moving infected birds, equipment and bird feed, and by wearing clothing and shoes that have been in infected areas. It's especially easy to pick up the disease at bird feed stores, since people often don't change their clothes or shoes between stepping into their coops and walking in the store, said Dr. Rodrigo Gallardo, an associate poultry medicine professor who studies avian diseases at the University of California at Davis School of Veterinary Medicine. The disease can cause swelling around a chicken's eyes, a fluid buildup in beak and nasal areas and sometimes sudden death, according to the California Department of Food and Agriculture.

The disease broke out in Southern California in May 2018, and the first case in Northern California stemming from that outbreak was reported in Alameda County last March, according to state and San Mateo County officials. As of Sept. 20, the U.S. Department of Agriculture confirmed that 451 premises in California have been infected since the outbreak began. The disease was last detected in the state in early June.

The last outbreak in the U.S. occurred in Southern California in 2002, resulting in the death of 3.2 million birds and a response cost exceeding $160 million, according to the state Department of Food and Agriculture.

To limit the spread of disease, the department is asking backyard chicken owners to take extra precautions, such as disinfecting their bird supplies and asking visitors to disinfect their shoes before entering a coop.

Vanderlip decided to cancel the tour with input from coop hosts, called "coopsters." He hopes to host the event again next fall, but decided he would rather be "safe than sorry" this year, he said.

"To me, it's a fabulous tour that brings together the backyard farming community," said Vanderlip, who keeps eight chickens and a hive of bees in his backyard. "A lot of people have been hosting their coops on the tour for many years and love to share the benefits of backyard chickens."

Anke Schumann has opened her South San Jose backyard, which includes chickens and bees, twice for the tour and was disappointed it was canceled this year.

"I loved past events and think it's important to increase awareness for local farming on a small scale," she said in an email. "Raising chickens are a great entry way to introduce the food chain back into people's lives. Eggs and honey are just a byproduct of raising chickens and keeping bees. There's great lessons for all ages in taking care of living beings, feeding and tending to them, and experiencing the joy of clucking and buzzing."

The tour has always had safety measures in place to prevent cross-contamination from flock to flock, but in past years, the current level of concern for bird health was not present, Vanderlip said. Coopsters would ask visitors to wear disposable protective shoe covers when visiting their coops, according to the event website. The shoe covers were disposed after each visit and weren't reused at another coop.

Even without an outbreak of disease, Gallardo notes, it's best for people to wear new shoe covers at each flock they visit. It's also safest for the birds to have people observe the flocks from outside the coop, he said.

"If you're going to have these kinds of events (coop tours) -- something the community really enjoys -- take precautionary measures," Gallardo said.

2 people like this
Posted by Lisa Steele/Fresh Eggs Daily
a resident of another community
on Oct 1, 2019 at 7:31 am

I'm glad to see that townships are finally realizing that hordes of people tromping from coop to coop is a biosecurity nightmare. I have always been against coop tours and declined to participate in them, despite being asked numerous times. It's a terrible idea and sad that it took something as scary and serious as Newcastle disease to make towns realize.

Social media is a wonderful way to "visit" other coops and farms without the danger of transmitting dangerous pathogens and diseases.

I invite anyone interested in keeping chickens to visit my website where there are links to my various social media platforms, TV show and books where you can look to your heart's content without putting chickens at risk.

Repairing a Disagreement with your Beloved & “Physical” vs. “Social” Distancing
By Chandrama Anderson | 1 comment | 2,391 views