The school plans to raise $800K to serve infants and toddlers 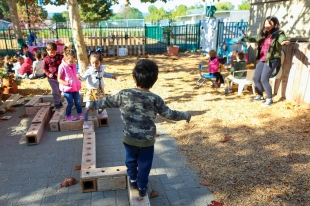 The All Five preschool in Belle Haven plans to offer full-time infant and toddler care. Photo by Sammy Dallal / The Almanac

I know that for some women working is a financial necessity. But I will never regret the 10 years I stayed home with my young children. I've had a great career since they were in Middle School, and I was able to spend their early years teaching them myself. As a college educated techy woman, I don't think anyone else could give my kids the quality child care I could do myself.

Flying: How much is enough? It's personal.
By Sherry Listgarten | 9 comments | 2,178 views