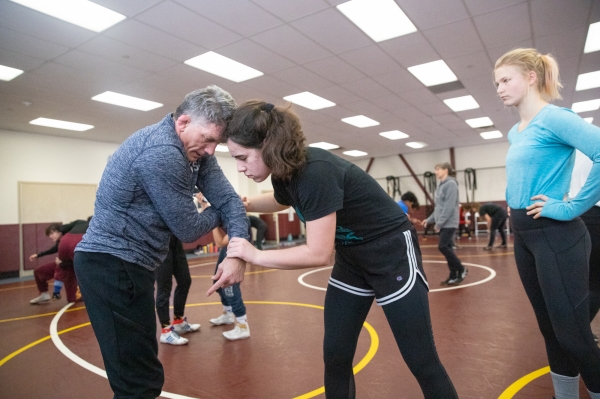 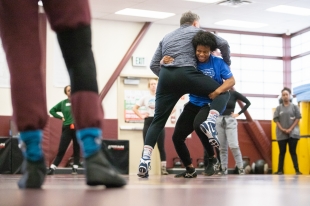 Alejha Broussard, a senior on the M-A girls wrestling team, demonstrates an offensive move with Terry Steiner, the United States national women's wrestling team coach, in front of a group of high school wrestlers during a training clinic held at Menlo-Atherton High School on Jan. 4. Photo by Magali Gauthier/The Almanac.