Guest Opinion: Finding a better approach to school dropoff
The safety of our streets, particularly during school dropoff and pickup times, is a tragedy of the commons. People who drive... Last comment on Aug 10, 2022 at 7:51 am | 2 comments

"Kites"
Gentaro King, 7, flys his kite at Bedwell-Bayfront Park. Gentaro bought his kite on vacation in China and it is made of more than 30 paper pieces. Submitted by Michelle Le on May 17, 2010 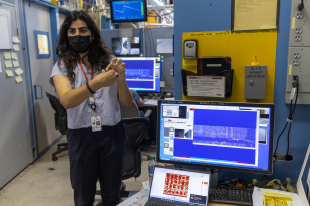 Lick Observatory support astronomer Jon Rees offers tips on when and how to view the meteor shower, which will peak on Aug. 11 and 12. Thursday, 11:22 AM

Woman allegedly forced into restroom and raped on Stanford Campus

A man reportedly grabbed a woman from a parking lot at Stanford University and raped her in a restroom on Tuesday, according to the Stanford Department of Public Safety. The unidentified man remained at large on Wednesday. Thursday, 9:01 AM

With election filing period closing soon, here's who is running in local elections so far

Here's a roundup of those who are looking to run for local city councils and school boards on the ballot in the November general election as the deadline to pull papers approaches on Aug. 12. Thursday, 11:30 AM | 1 comments

In this week's community briefs, the Menlo Charity Horse Show is back after a two-year hiatus, teen wins equestrian scholarship, Portola Valley hosts its Town Picnic next month and applications are open for volunteer positions. Thursday, 11:26 AM

Three women who faced misdemeanor charges related to the deaths of seven puppies in a hot van last summer were granted acceptance into a court diversion program and won't face trial, a judge ruled Tuesday. Wednesday, 10:49 AM

Police arrested a man on suspicion of shoplifting merchandise, physically resisting loss prevention personnel and attempting to rob an 80-year-old man at Stanford Shopping Center on Monday. Wednesday, 11:27 AM

The search for the killer in a nearly 40-year-old cold-case murder of a 15-year-old Palo Alto teen has led to the arrest of a 75-year-old man from Hawaii, the Santa Clara County District Attorney's Office said Tuesday. Wednesday, 3:46 PM

The call of the wild: From paralyzed seagulls to skunks caught in bear traps, Peninsula wildlife rescue workers have seen it all

Meet the people who specialize in helping Silicon Valley's orphaned and injured wild animals. Tuesday, 9:58 AM

A new report shows that several Bay Area neighborhoods are highly segregated by race and wealth, with Portola Valley, Woodside, Atherton and Menlo Park on the top 20 list of the most segregated neighborhoods by white wealth. Tuesday, 10:01 AM | 8 comments

A Menlo Park man was arrested on Friday afternoon after he allegedly exposed himself to a 4-year-old boy at El Camino Park, Palo Alto police said in a news release. Monday, 10:08 AM

Roughly 80% of current COVID-19 test results go unreported due to the widespread availability and use of rapid at-home tests, according to preliminary data from an ongoing study by UCSF. Thursday, July 28, 3:44 PM | 4 comments

Menlo Park sends off its housing element to the state

For seniors, accidental falls a leading cause of injuries

Arya Steakhouse, a standby for steaks and Persian cuisine, moves to downtown Palo Alto
By The Peninsula Foodist | 0 comments | 2,506 views