Atherton no longer is the most expensive, Forbes says | News | Almanac Online |

Atherton no longer is the most expensive, Forbes says 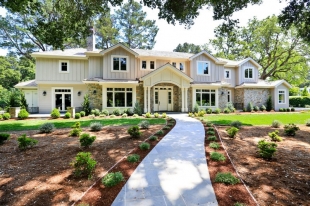 This Atherton home at 147 Stockbridge Ave. is currently listed for $18.95 million. It has six bedrooms and eight baths, and is 11,706 square feet, not counting the garage and pool house, which bring it to 13,064 square feet.(Photo by Blu Skye Media/Courtesy Tom LeMieux)

Roberto is a registered user.


Measurement in time, stats tell the reader what the writer wants them to hear. Different Headline: Atherton, expensive As F....!, but better weather

Athertonian is a registered user.

According to their website, Manalapan in Palm Beach County, FL, has a population of about 400 year-round residents. It was incorporated by a member of the Vanderbilt family. The name comes from an Indian word meaning "good bread," apparently a reference to the sort of income you need to live there.